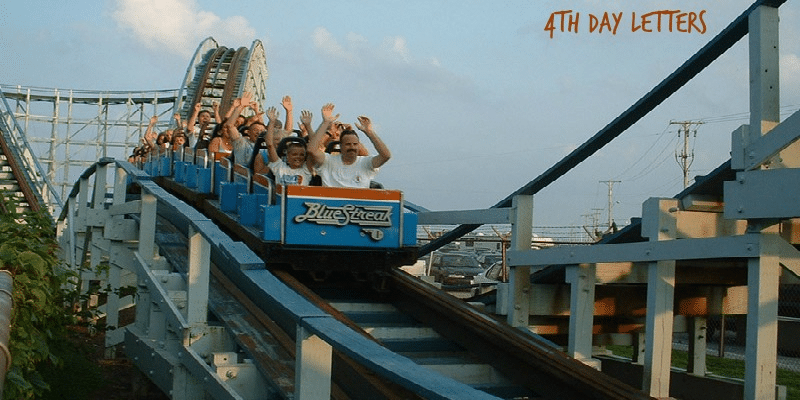 First let me thank everyone who offered prayers for me this past week. The doctors don’t have this figured out yet and it is still hard to see and I still have the migraines but I seem to be improving.

I also want to acknowledge my daughter Betsy for her help in getting 4thdayletters out last week and for her artistic talents every week.

So I write this through cloudy vision but hopefully with clear insights. 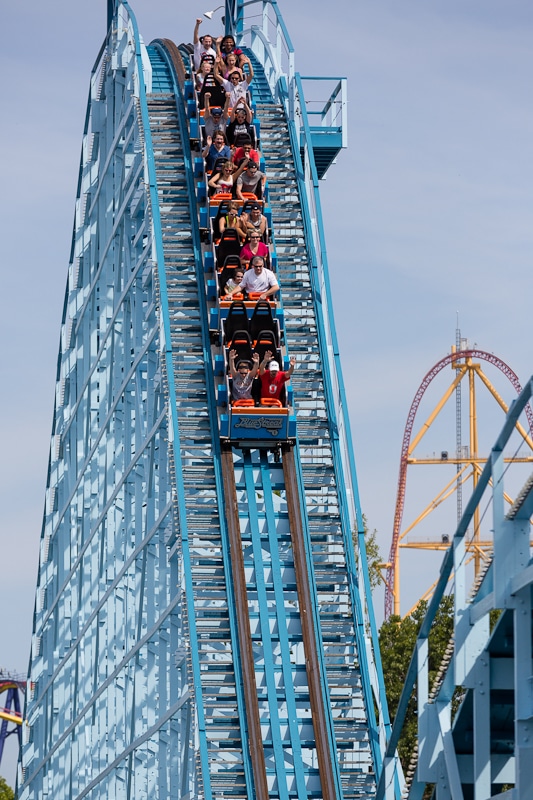 News flash……..Roller Coasters go up and they go down……..so does life. The safety bar is what matters.

It is summertime in the Northern Hemisphere. For many people summer is a time to make the annual pilgrimage to the closest amusement park. Because I grew up in Northern Ohio, that meant planning a trip to Cedar Point. Cedar Point opened in 1870, and it is the second-oldest operating amusement park in the United States. For those who are hard core Cedar Point junkies and roller coaster aficionados, this park is like Disney and Universal Studios on steroids.

June 21, 2014 marked a milestone, The Blue Streak, the oldest roller coaster in the park and the one I spent my childhood riding, celebrated its 50th anniversary. Click hereto experience some nostalgia from my youth. Today, Cedar Point features a world-record 72 rides, including no less than 16 roller coasters.

When I was a young boy, some strange rite of passage into manhood was to ride the Blue Streak and NOT HOLD ON. Yes, you had to impress your friends with your bravery by allowing the safety bar alone to hold you in. Fast forward to today at age 57 and my goal now is to finish the ride without “hurling my cookies,” a goal I am sure that the people who sit behind me appreciate. Time, age and wisdom do change things.

You know it is always easy to not hold on when the roller coaster is going up, but our human instinct and fear tells us to hold on when it is going down. You know, life is the same way. When everything in our life seems to be good, and when everything is rosy, it is easy to forget about life’s “safety bar,” JESUS CHRIST. In fact, in our youthful exuberance we sometimes purposely let go of Jesus to show how tough and independent we are. 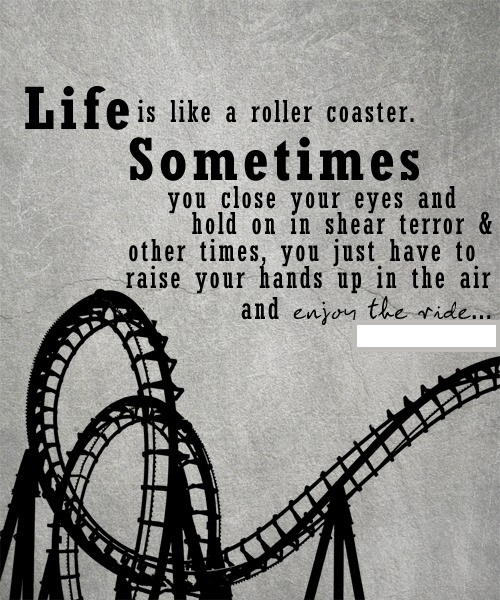 However,just like a roller coaster, life has its own twists, turns and drops. We need to learn to hold on tight to Jesus at all times and to be prepared for what life might throw our way. Allow me to sight two examples. It is always dangerous to speculate what is going on in someone else’s mind or to speculate about their relationship with God, so I make these examples based solely on what I have gleaned from the internet.

Singer Marvin Gaye, born April 2, 1939 was the son of a minister. Gaye began his singing career at the age of four accompanied by his father on piano singing in his Pentecostal church. Despite his musical success, his home life consisted of “brutal whippings” by his father, who struck him for any shortcomings. The young Gaye described living under his father’s house as similar to “living with a king, a very peculiar, changeable, cruel and all powerful king.” He felt that had his mother not consoled him and encouraged his singing, he would have killed himself.

So here was a young man who started life in a church choir and grew to worldwide fame….his roller coaster seemed to only be going up. But soon he had problems. Unpaid taxes eventually caused Marvin to flee to Amsterdam to avoid prison and the IRS. There in Amsterdam’s red light district ,it is reported that Marvin turned to sexual deviancy (S&M) and this led to his writing of the song “Sexual Healing.” His roller coaster was spiraling down and he turned to “sexual healing” rather than turning back to God.

Sadly in the end, Marvin was killed by his own father. I have no way of knowing what his relationship with God was at the time of his death but all indications appear to suggest he let go of the safety bar, Jesus Christ. A side note and a huge lack of justice, his father who beat him as a child and killed him as an adult never served time for his crime. He was found guilty and given only probation.

In eerily similar circumstances, singer Whitney Houston got her start at age 11 in the New Hope Gospel choir, where she also learned to play the piano. As a teenager, she attended Mount Saint Dominic Academy, a Catholic girls’ high school in Caldwell, New Jersey. She went on to become the most successful female music artist ever. Her roller coaster also seemed to only go up. 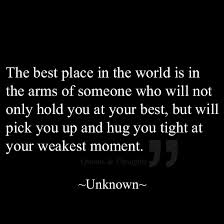 But inevitably life’s roller coaster drop is just around the next corner. Troubles began to mount. Rather than holding on to the safety bar of her youth, Jesus Christ, Whitney turned to drugs. In March of 2012, the Los Angeles County coroner reported the cause of her death was accidental drowning but toxicology results revealed in addition to cocaine, Whitney had Benadryl, Xanax, Marijuana and Flexeril in her system.

The title of one of Whitney’s greatest songs now rings with a sense of prophetic sadness, “Didn’t We Almost Have It All.” Yes she did, but she seemed to let go of her safety bar when she needed Him most.

What causes us all, at times, to let go of our spiritual safety bar? Is it reckless independence? Is it brash youthful exuberance? Is it pride, “I can make it on my own”? What is it?

One day hopefully we will all arrive in the final roller coaster station called Heaven. We might hear these words; “remain seated and keep your arms and hands inside the car until the train comes to a complete stop.” One day God himself may say to us; “push down, pull up, exit quickly please.” From then on, we can live without fear or burden, and without pain or illness; and, finally we can live in His loving embrace forever. 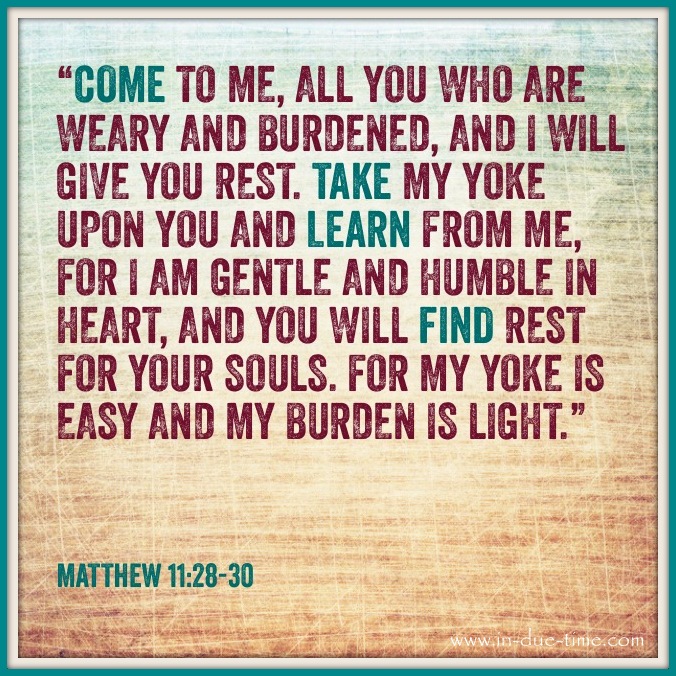 You know, even if we are tempted to let go of God, He will maintain a loving tight grip on us. I can’t presume how things turned out for Marvin or Whitney. I pray that God had them safely in His arms too.

HOLD TIGHT TO HIM MY FRIENDS!

“Come to me, all you who labor and are burdened, and I will give you rest.”