Recently I was engaged in a conversation with one of my clients and she described to me how God “spoke” to her. During this conversation she mentioned two different ways that she felt God was speaking with her. I will delve into more detail on this in a minute, but before I do, let me ask you something, does God ever speak to you? Do you believe that God even speaks to anyone these days? 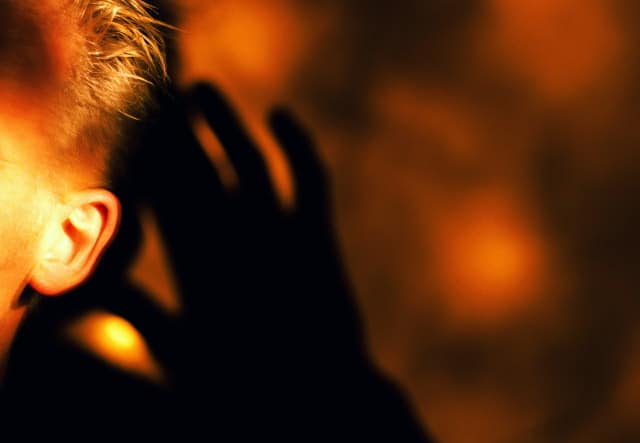 We have all read stories in the Bible about God speaking. God spoke to Adam in the garden. We read that God told Noah to build an ark. Moses heard God speaking from a burning bush. Didn’t God speak to Abraham and promise him a son? Of course we all know that after being knocked off his horse, Paul heard God speak directly to him. In each of these cases it appears that they heard God speak in an audible way. Did God stop speaking after Jesus ascended into Heaven, or does He still speak to us today?

Let’s go back to my discussion. My client, Jane (not her real name) told me of two separate encounters with God. One came in the form of a “life circumstance.” You see Jane was battling cancer and her first doctor told her she needed to be on an aggressive form of chemo-therapy. She felt lead to seek another opinion and discovered that her cancer could be surgically removed, completely eliminating the cancer from her body, and no chemo-therapy would be required. She felt it was God who led her directly to the other doctor. Was it? How do we ever really know? 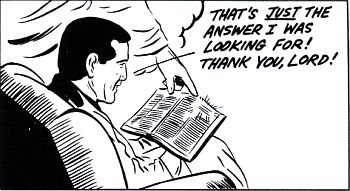 She told me yet another story where she heard a voice while sleeping. Upon waking she discovered her husband was sound asleep. She lay back down but then heard it again. She awoke, and this time she heard the voice direct her to a specific chapter in the Bible. As she read this chapter she found an answer to something she had been praying for. Was it God’s voice she heard? Was it a dream? Maybe it was her own internal voice in her mind speaking to her?

Not long ago, two men who are involved in Broken Door Ministriesand Iwere speaking at a retreat. During our talks I think each of us referenced at least once how God had spoken to us. When we received the evaluation forms after the retreat someone wrote this: “am I supposed to believe that you three men somehow have a direct line to God and He is all of a sudden speaking to you?”

You can clearly hear the skepticism in his remark. My first reaction after reading his remark was to say to myself……”I hope God is speaking to you too.” My second reaction was to modify how I say things in all of my subsequent talks. Now rather than saying; “God spoke to me” instead I say; “God spoke to my heart.” For some people hearing it expressed in the later way seems more believable, while others still remain skeptic. 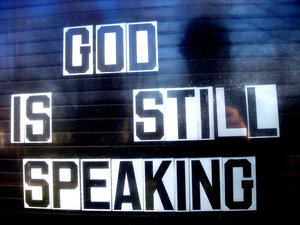 So was God actually speaking to us three men? Was God speaking to Jane? Hearing God “speak” can mean vastly different things to different people. I have had people write to me or come up to me after a retreat and tell me that they have never heard God speak. Is He not speaking to some people or is God speaking to them and they are just missing it?

To dig into this question we have to first recognize that God does not only speak in audible ways like He did to the great prophets. He certainly can choose to do so….God can do anything. More often, God choose to reveal Himself in other ways.

Here are some of the ways that I believe God reveals himself to me. He clearly reveals himself, thus speaks to my soul, through the words of Scripture. I enjoy hiking in the mountains and I believe He speaks to me through nature. I once had a man who was in my weekly prayer group and he always talked about how God spoke to him through nature as well. See Romans 1:20. Those of you have been reading my 4thdayletters for a long time know that God speaks to me through music. See 2 Chronicles 20:21. I also speak in my retreats about how God once talked to me in the “light silent sound of stillness” during an eight day silent retreat. See 1 Kings 19:12

What other ways does the Bible reveal that God speaks to us? We read in Matthew 1:20 that God spoke to Joseph in a dream. In Acts 10:9-33 we see God speak to Peter during a vision. We know God speaks through angels. In Acts 1: 31-32, God spoke through the Angel Gabriel. He said this to Mary: “Behold, you will conceive in your womb and bear a son, and you shall name him Jesus. He will be great and will be called Son of the Most High, and the Lord God will give him the throne of David his father, and he will rule over the house of Jacob forever, and of his kingdom there will be no end.”

We can clearly see that God has no limits on how He can speak or reveal Himself to us. We must be careful however to realize that there are other voices in our heads, hearts and souls competing for our attention. How will we know when it is God who is speaking to us? 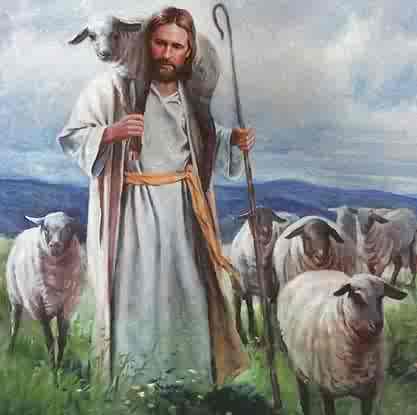 The Bible tells us in John 10:27 “My sheep hear my voice; I know them, and they follow me.” In our understanding of Jesus as the Good Shepard we learn something important. In order for sheep to know their shepherd’s voice, they spend most or all of their time in the company of the shepherd. If  we want to be ready and able to hear and more importantly know God’s voice when He speaks to us, then we must know him. The best way to know Him is to spend time daily in prayer and in reading the scriptures. Are we doing that? If not we might miss His voice when He chooses to speak to us. It is important that we acquire the ability to recognize His voice.

In addition to the possibility of missing His voice when He speaks due to our inability to recognize His voice, there can also be other reasons why we don’t hear Jesus speak to us. We might be worried and afraid of what He has to say, so we “turn off our hearing aid” when we think He is about to speak. He might just call us into something that we don’t want to do. Maybe we are simply too busy to hear God speak no matter what method He chooses to reach us. Some people have told me they don’t feel worthy enough to have God speak to them. Have you ever felt that way? 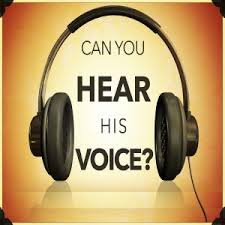 It is clear that God chooses many ways to reach us and to speak to us. We are all unique in God’s eyes and He reaches us in the way He knows is best for us. When you hear someone else say that God has spoken to them, don’t be envious and don’t question God’s ability to speak. God did not stop speaking after the Bible was written.

The next time you think that God reaches out to you I encourage you to respond with the words of Samuel, “Speak, for your servant is listening.” 1 Samuel 3:10.

Write to me by clicking here and share how God speaks with you. If you do not feel God is speaking to you, I would love to hear from you as well.

Dear Heavenly Father, you gave me eyes to see and ears to listen and a soul that longs to hear your voice. Please help me to be attentive to those times you try to reveal yourself to me. I ask this in the name of Jesus your son, amen.