Medical research has shown that on average women lose 3 inches in height between age 30 and age 80 and men lose 2 inches during that same period. In other words, as we mature, we physically shrink. Country singer Alan Jackson sang these words in his song Little Bitty, “Well, it’s alright to be little bitty.” It’s a good thing that is alright because spiritually speaking, we are called to shrink as we mature in our faith.  Today, I offer you an itty-bitty message that packs a big and powerful message. Please read more… 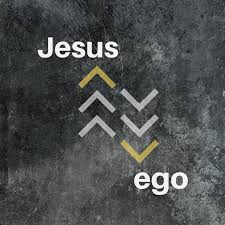 Pope Emeritus Benedict XVI once wrote about something called the “The theology of littleness.” His message said, “After all, the tenor of our faith is that God’s distinctive greatness is revealed precisely in powerlessness. That in the long run, the strength of history is precisely in those who love, which is to say, in a strength that, properly speaking, cannot be measured according to categories of power. So in order to show who he is, God consciously revealed himself in the powerlessness of Nazareth and Golgotha. Thus, it is not the one who can destroy the most who is the most powerful…but, on the contrary, the least power of love is already greater than the greatest power of destruction.”

Faith calls all of mankind into a relationship beyond ourselves. We are called into a communal relationship with a God who we cannot see. To reveal Himself to us, God sent His Son. Philippians 2:1-11 tells us that Jesus did not regard equality with God something to be grasped. Jesus became a man like us. He took on the form of a slave. He humbled Himself and became obedient to the point of death on a cross. Stated differently, the largeness of God’s love was revealed when Jesus became little bitty like us. 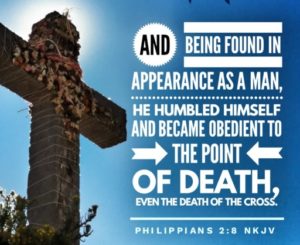 Philippians 2:1-11 goes on further to challenge us to be like Jesus. We are told to do nothing out of selfishness or out of vainglory. We are told to humbly regard others as more important than ourselves. We are challenged to not lookout for our own interests, but rather for the interest of others.

Pastor Rick Warren starts off his book, The Purpose Driven Life, by stating, “It’s not about you.” He goes on to tell us that we were born by God’s purpose and for God’s purpose. To live out God’s purpose for our life, we must diminish.

John the Baptist said in John 3:30, “He must increase; I must decrease.” My friends, the same is true for us. We must make ourselves small so that Jesus can live within us. We must allow Jesus to act through us as we share His love with others. 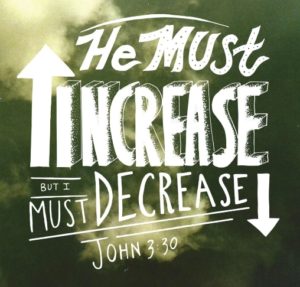 We are in the adulthood of our life.  From a physical perspective, we shrink because the discs between the vertebrae in our spine dehydrate and compress as we grow older. The loss of bone density also makes us smaller. Finally, muscle loss in our torso contributes to our stooped posture as we age.

Unlike our physical body which shrinks naturally with age, it requires effort, desire, commitment, prayer, and humility to become small and childlike in our faith.  To grow in faith, we must intentionally make our lives less about us and more about others. How do we do this?  We first must make our life less about us and more about God. We must decrease so He can increase!

I will close where I started. It’s alright to be little bitty. Ask yourself this question, “Have I become small enough or do I still have some shrinking to do?”

Heavenly Father make me smaller! Give me the grace I need to be more Christlike in my love and concern for others. Shrink my pride and reduce my ego. Remind me always, that no one has greater love than to lay down one’s life for one’s friends. Amen! 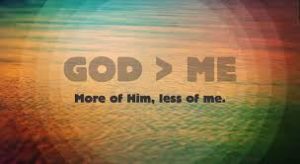