On Sept. 20, 1991, a boat known as the Andrea Gail left port in Gloucester, Mass. for the Grand Banks of Newfoundland. Meanwhile, storms were brewing off the coast. Two weather fronts and a hurricane were colliding. It became known as The Perfect Storm. Life on the sea can serve as a worthy metaphor for the life of a Christian. Life can become a tumultuous sea. Several things can crash upon us at once like a giant rogue wave. We can easily become terrified, anxious and feel doomed. What are we to do? Please read more…

The six man crew of the Andrea Gail intended to catch their fish and return home to their families with money in their pockets, but the forces of nature became their arch enemy. Winds whipped across the sea at 70 miles per hour. Waves swelled to over 30 feet. The ship succumbed to the ravage of the storm.

After the storm hit, the six man crew of the Andrea Gail were never heard from again. On November 6, 1991 the ship’s emergency beacon washed ashore on Sable Island off the coast of Canada. More debris turned up, but the crew was lost at sea. In 1997, Sebastian Junger eventually told the story of the shipwreck in his book entitled The Perfect Storm. In 2000, it was adapted into a movie with the same title.

In Mark 4:40 the Apostles, with Jesus in the boat, encountered the fury of Mother Nature. According to the Gospel account, “a violent squall came up and waves were breaking over the boat, so that it was already filling up.”  The Apostles were terrified. 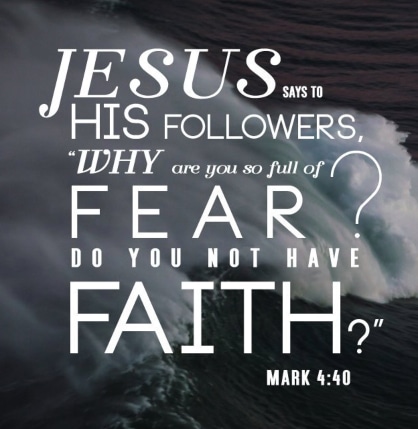 There are times when we can begin to feel Job-like. Bad things seem to pile up around us. The storms we encounter toss our boat and the waves fill it with water. As we begin to sink, we can become frightened and fear the worst.

What storms are you experiencing in your life today? Have multiple different issues collided together to create a perfect storm for you? One issue alone may seem overwhelming. Two struggles in life at the same time may seem insurmountable. Three or more happening together may cause you to lose hope and feel as if all is lost. What can you do?

When the seas of life are calm, it is easy for us as Christians to be secure in our faith. When a small squall comes along we may quickly place our trust in Jesus. When several things hit us at once and the tempests of life develop into the perfect storm, we often lose the trust we once had. 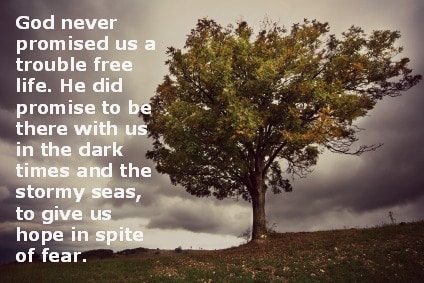 As you look around the world you might be frightened to see that Christianity is under attack. Concurrent with this attack, you may be experiencing upheavals and change at your local church. Perhaps your Christian community is going through a change of pastors. Maybe there is strife and disharmony among your parish leadership. Maybe your church is fracturing over one of the many social issues of our day.

Each of these struggles by themselves can be challenging at best. When they collide together they create a Perfect Storm. Let’s go back to Mark’s Gospel to see how things turned out for the Apostles.

Jesus was sleeping through the storm when the frightened Apostles woke Him and said, “Teacher, do you not care that we are perishing?” Jesus rebuked the wind, and said to the sea, “Quiet! Be still!” At that, the wind ceased and there was great calm.  Then Jesus questioned His Apostles. ““Why are you terrified? Do you not yet have faith?” “They were filled with great awe and said to one another, “Who then is this whom even wind and sea obey?”” Mark 4:41 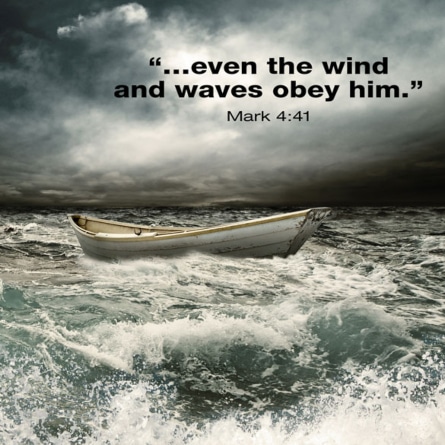 During the Sermon on the Mount, Jesus said, “Do not worry.” He then asked, “How many of you by worrying can add a single moment to your life-span?” The Bible records 23 times that Jesus used the word ‘peace’. It has been said that Jesus said “fear not,” or, “Be not afraid” 365 times. Isn’t that an interesting coincidence?

Jesus is the source of all peace. Life’s storms will challenge our faith. They put to test our trust in Our Lord. With a breath and a few words Jesus calmed the sea. All may have seemed lost for the Andrea Gail. Christians know that all is never lost. Even death cannot claim victory over us. We must have trust and we must never forget that Jesus is always in the boat with us. 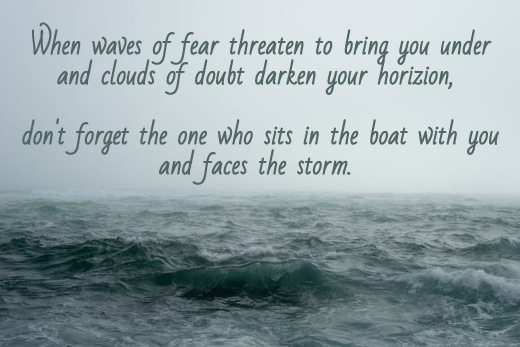 Heavenly Father, I know without a doubt that Jesus is in the boat with me. Help me to always have trust and to know that He can calm the storms of life. Amen!

Latest posts by Brian Pusateri (see all)
← In Love Or Just Friends?One Small Step For Man →