How would you respond, if like the great prophets of old, you heard God’s voice calling you to be a prophet in the world right now? Today, many people are put off and annoyed by anyone sharing the message of Jesus Christ. In many ways, Christianity is being marginalized.  Would you be afraid to answer God’s call? Have you ever thought of yourself as a prophet? Do you think others see you as a prophet? They should! Please read more. 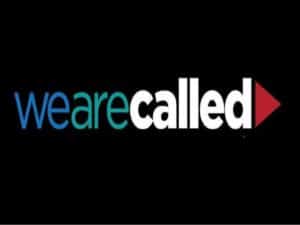 1 Peter 2:9 states, “But you are “a chosen race, a royal priesthood, a holy nation, a people of his own, so that you may announce the praises” of him who called you out of darkness into his wonderful light.” My dear friends, the very fact that we are baptized Christians we have been called to be prophets. We are called to go forth to spread the word of God.  Are we doing this?

God made it crystal clear to Jeremiah that He was being called to be a prophet. God said this in Jeremiah 1:5, “Before I formed you in the womb I knew you, before you were born, I dedicated you, a prophet to the nations I appointed you.”

Isaiah was also called by God. This is what it says in Isaiah 6:5-8, “Then I heard the voice of the Lord saying, “Whom shall I send? Who will go for us?” Isaiah responded, “Here I am, send me!” How are we responding to our call to be prophets? 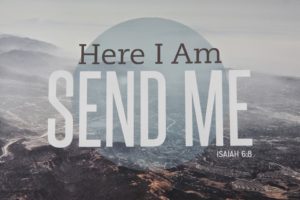 When God called Ezekiel to be a prophet, He said this in Ezekiel 2:1-3, “Son of man, stand up! I wish to speak to you.” Rising to his feet and standing in reverence to God Ezekiel heard God say, “Son of man, I am sending you to the Israelites, a nation of rebels who have rebelled against me.” As modern-day prophets we will also face a rebellious people.

When Ezekiel, who was living in exile in Babylon with the rest of the exiled Israelites, was called by God, he was called to preach God’s words to the people who had rejected God’s laws. God told him to go to those who had revolted, the ones who were “hard of face and obstinate of heart.” 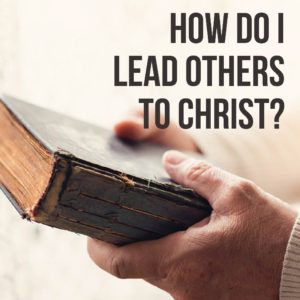 To whom have you and I been sent? Have we been sent to our own people? Are we being called to preach God’s word to our family, friends, co-workers, and neighbors who have heard the Gospel, but who have rebelled against it?  If so, our work will not be easy.

People today tell us our Christian message offends them. They tell us to keep our faith to ourselves. Sadly, many of us have succumbed to the belief that religion and faith are private matters.

Christianity is not now, nor has it ever been, a private individual religion meant to be kept behind closed doors. We have been commissioned by God to go forth with the message of Jesus Christ. Our actions and our words should always proclaim the glory and truth of God. We can’t put the light of our faith under a bushel basket. We mustn’t keep our faith to ourselves. 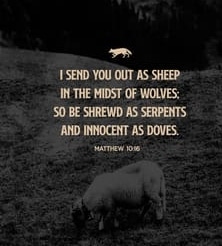 Jesus told us to expect persecution because of our faith in Him. In Matthew 10:16 we read, “Behold, I am sending you like sheep in the midst of wolves.” Matthew 10:22 continues with, “You will be hated by all because of my name, but whoever endures to the end will be saved.”

We tend to think of Christian persecution as enduring insults from others on social media for our pro-Christian positions, having our Christian liberties eroded, seeing our churches and a sacred spaces vandalized, or in the most extreme case witnessing Christians being martyred because of their faith. Thankfully, most of us will not experience extreme persecution, some will!

Nonetheless, all of us experience the repercussions of following Jesus in small ways. Perhaps you had to clean up your language with your friends, tell your friends there are certain movies you refuse to watch because they go against your values, or stop hanging around with certain people because they still live in the way you did before you began to take your faith seriously. 1 Peter 2:15 tells us, “For it is the will of God that by doing good you may silence the ignorance of foolish people.”

The world needs good prophets now more than ever. The job won’t be easy. Keep in mind that it is only our job to share the good news. It is up to others to accept or reject God’s message. If we do our job well, “whether they heed or resist—for they are a rebellious house—they shall know that a prophet has been among them.” 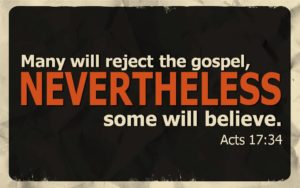