It was a beautiful August morning. Hours later, the sky turned black, and Mount Vesuvius exploded without warning. Hidden deep beneath the beauty of the mountain was a tumultuous cauldron of toxic gas and molten lava. The pent-up pressure exploded on August 24, AD79 causing unimaginable damage. Our lives can be like a volcano. Buried deep within us there lies a brewing contagion of conflict just waiting to explode. I invite you to read more. 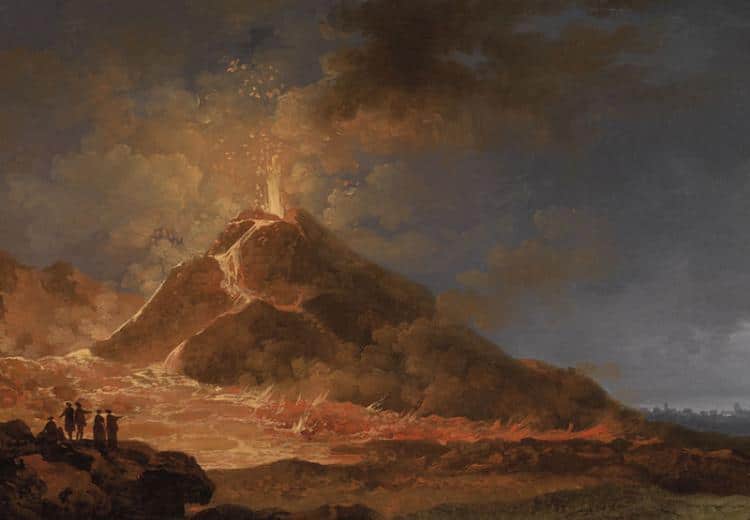 In ancient times there was no way to monitor volcanic activity. As a result, the eruption of Mount Vesuvius killed tens of thousands of people with little or no warning and buried the cities of Pompeii and Herculaneum beneath the ash, mud, and rock.

Today’s volcanoes can be equally as devastating. On May 18, 1980 Mount St. Helens exploded with more fury than an atomic bomb. The massive eruption triggered an earthquake and a landslide leveling nearly 10 million trees and devastating some 210 square miles of wilderness.

Both volcanoes were caused by the tumultuous cauldron of gases and seismic activity brewing far beneath the earth. Fortunately, only 57 people died in the Mount St. Helens eruption. This can be attributed to the myriad of monitoring devices used by modern scientists to predict eruptions. Even more lives may have been saved if some of those people would have headed the early warnings.

Like a volcano, each of us must cope with the potentially explosive eruptions of our inner conflicts. The conflict between good and evil is a universal part of the human condition. The question should not be, “Why do I struggle,” but rather “How can I get through the struggle.” Struggles are not just part of life, struggles are life. 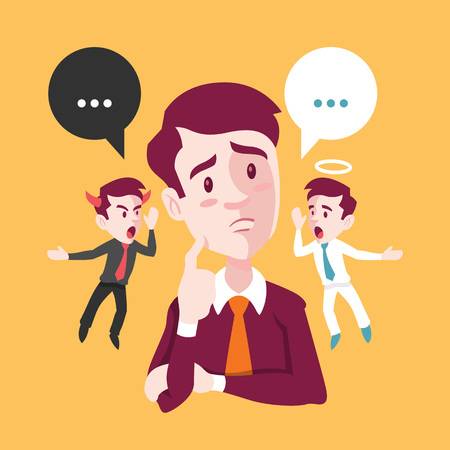 St. Paul frequently wrote about inner conflict. In Romans 7:22-23 he wrote, “For I take delight in the law of God, in my inner self, l but I see in my members another principle at war with the law of my mind, taking me captive to the law of sin that dwells in my members.” In Romans 7:19 he said “For I do not do the good I want, but I do the evil I do not want.”

Attempting to ignore the evil within each of us, almost guarantees its lasting influence over us and its impact on those around us.

We are the sum composite of every event that has gone on in our life. The good and bad decisions we have made form us. They often leave lasting torment and conflict brewing under the surface. We cannot change our past nor can we erase our mistakes. We can, however, monitor their impact on us. If we don’t want the cauldron of our inner conflict to erupt and damage those around us, then self-awareness is essential.

Many of us live a lifetime with unresolved inner conflict. This can result in anxiety, stress, depression, anger, sadness, shame, and many other stress related medical conditions. Like a volcano, these emotions can cause lasting harm to us and to everyone around us. 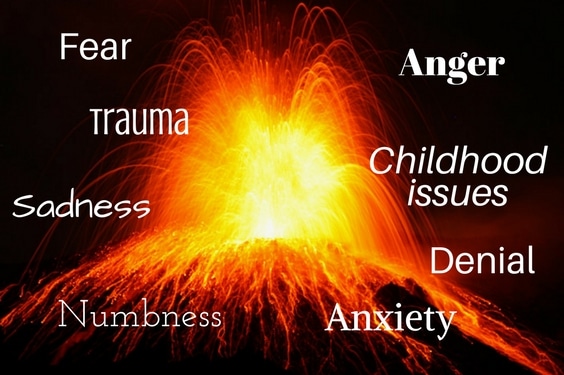 When we bury our feelings, we act differently, and sometimes we react inappropriately. When our behaviors are influenced by our inner conflict, they can sabotage our life. Psychologists tell us that being open about our struggles will make us better people. Scientists use of a variety of techniques to hear and see the activity inside a volcano. What are you doing to monitor your inner volcanoes?

Burying inner conflicts and refusing to discuss them or seek help does not eliminate them. Like a volcano, these issues explode to the surface in ways we sometimes don’t even recognize. Thomas Merton once wrote, “A man who is not at peace with himself necessarily projects his interior fighting into the society of those he lives with, and spreads a contagion of conflict all around him.”

Throughout much of my life, I remained silent about my brokenness. My inner thoughts and feelings were in conflict. Occasionally, this conflict would erupt in my interactions with others. People who harbor deep secrets, or who have chronically recurring sin or addictions, are especially prone to these unexpected and sometimes damaging eruptions.

Can you relate to what I am saying? What inner conflicts are brewing deep inside of you? How are you monitoring them? Have you discussed these with anyone? Have you turned to God for help? We need to sit in silence with Him and listen for His voice. Prayer may not end these conflicts, but with God’s help we might recognize signs of trouble and take the appropriate precautions to prevent our inner struggles from erupting and hurting those around us. 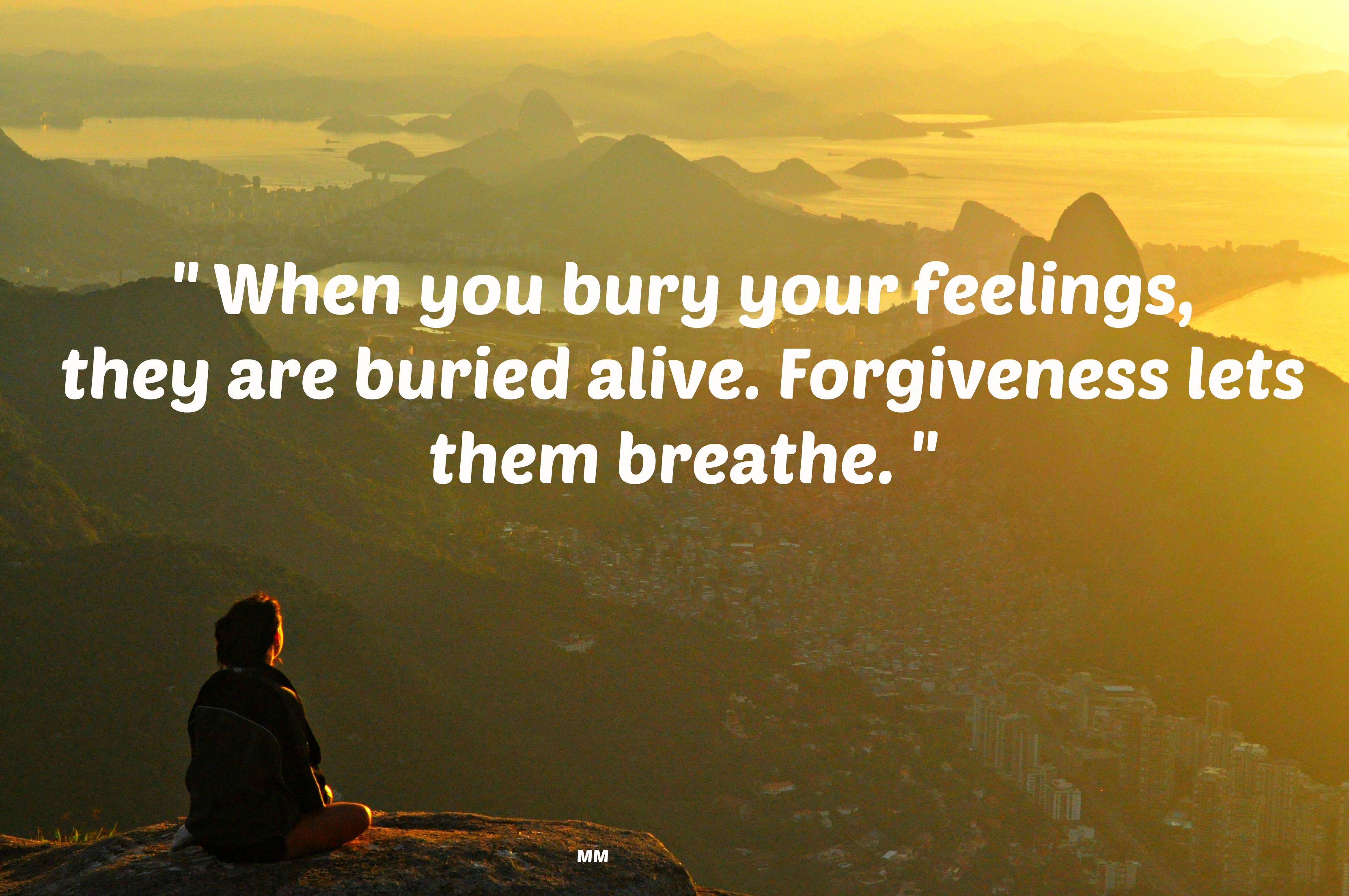 Heavenly Father, you know my deepest struggles. Give me the strength to discuss these issues with others. Grant me the calm that only you can give. Help me love myself, despite my broken condition, as you love me. I ask this in Jesus’ name. Amen.