What is the difference between moon glow and moon light? The moon doesn’t generate light; it “glows” only because it is reflecting the light of the sun. Essentially the moon is a giant hunk of dirt; it is space junk, incapable of generating any light on its own.Children’s fairytales tell us that the moon is made of cheese, but in reality like other bodies in the solar system, it is essentially a rock. Look at this list of descriptive words; a dead surface, plenty of evidence of past crashes, dry lava lakes caused by past volcanic eruptions……am I describing the moon? No, sadly I am describing me……and I suspect that I am describing you and all of humanity.Yes you see, our past sins, those accumulated over the history of our life, have left their scars on us. The Bible tells us in Mark 7:20-23 that evil and sin come from within and defiles us. Our sins well up and explode to the surface of our personality like a volcano. 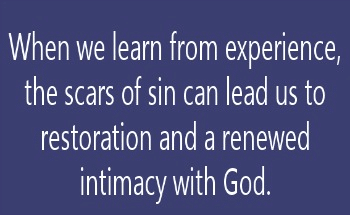 Our past sins such as  evil thoughts, theft, murder, adultery, greed, malice, deceit, licentiousness, envy, blasphemy, arrogance, and folly can create dry lifeless areas on our soul.The moon’s surface shows plenty of evidence of asteroids. Early in the solar system’s history, all of the planets and moons suffered through a period of heavy bombardment. Sadly, we too have been bombarded by sin.So the moon is a giant cosmic rock. Yet this space rock, this space dirt, glows in the darkness of the night sky. It has been written about and romanticized for thousands of years. What is it that gives the moon its romantic, charming and glowing personality? It is the sun. Yes, without the sun’s reflecting rays we would hardly knowthe moonis out there. But by reflecting the sun’s light, it has captured the hearts and minds of humans throughout history. 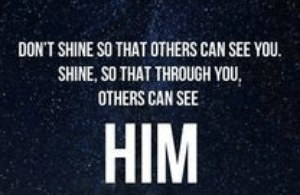 What would we be without the Son? Of course, I am speaking about the Son of God, our savior Jesus Christ. It is only because of the Son that we can even begin to reflect God’s love into the darkness of our broken world. In light of our sinfulness, it might be easy to think of ourselves as “space dirt” but when we reflect the light of the SON OF GOD, we too can be so beautiful that we draw others to the light. Without the SON we would be meaningless and lifeless. But with the SON, we can shine and reflect the source of our light to others.Sure we will experience dark times in our lives. These periods of darkness in our life can be a time oflunar eclipse. For a period of time, sin can attempt to block out the Son’s light. Sometimes we are just a sliver of light as if we are a crescent moon yet at other times we can be like abrilliant full moon lighting up the darkness of the night sky. 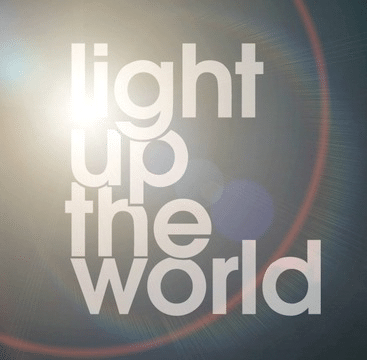 So I will leave you with a question. Are you reflecting the light of the SON OF GOD to others? If so, are you a crescent moon, half-moon or are you a full moon, one that is radiant with the love of Jesus? Commit yourself today to reflect the light of Christfor all to see!Create in me dear God a heart that glows with your love, amen!

Latest posts by Brian Pusateri (see all)
← As We Forgive OthersNot Me – Not Now! →