Please don’t throw the towel in on today’s topic prematurely just because it seems a bit challenging and a little too cerebral at the onset. I assure you it concludes in a more simplistic way.

Clearly we know that Christians can disagree on many issues. I suspect that is why there is estimated to be over 40,000 different denominations of Christians. Even within any one denomination, well-meaning Christians can see things differently.As you know I am committed to write about the things we agree on. Even though I mention many of the debated issues here today, I do not set out to take a position on any of these topics. My purpose is not one of exegesis, or the expounding upon the actual scripture. My purpose is solely to make the case that we as Christians need to work at our faith. We need to spend time in both prayer and study and acknowledge that we can also learn from one another.Even within our small gathering of Christian friends we can easily get into discussions and disagreements over issues of faith.

For that matter, these debates can take place inside our own head. There are two words that really make up the reason for so much confusion and disagreement. Those two words are Mystery and Faith. Next when we combine these two words together as in Mystery of Faith we have created the potential for confusion on steroids and the opportunity for Christians to remain in debates and discussions for millennia. Just to add to my point, the word “mysterion” or mystery is used 27 times in the New Testament.I am trying hard not to lose you so please hang in there for just a little longer as I define a few theological terms:Mystery: an event or situation that is difficult to fully understand or explain. 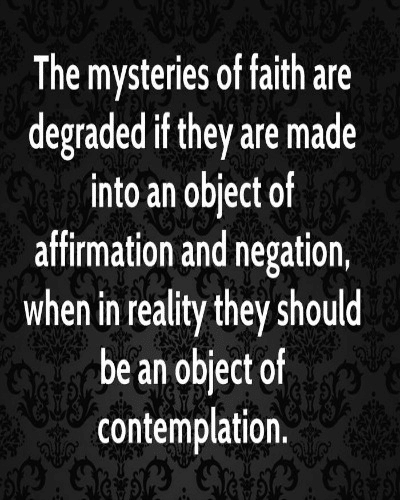 In Christian  belief, a belief or truth that is considered to be beyond human understanding and can be made known only by divine revelation. In the biblical Greek, the term refers to “that which awaits disclosure or interpretation” Faith: belief in, devotion to, or trust in somebody or something, especially without logical proof. Mystery of Faith: a mystery hidden in God, which can never be known unless revealed by God.Personally in my lay person’s way of thinking I would describe “mystery of faith” as: “something that awaits God’s future revelation but currently lacks logical proof.”Theologically one can dig even deeper into the distinction between relative and absolute mysteries of faith.

One example of a relative mystery would be Jesus’ raising Lazarus from the dead. Some examples of absolute mysteries would be the Holy Trinity, the Incarnation, divine grace and The Paschal mystery (passion, crucifixion, death, burial, descent into hell, resurrection and ascension).In addition to Mysteries of Faith, for me and for many people, I believe the Bible itself can be confusing. It is often easy to find two passages that appear to contradict each other. 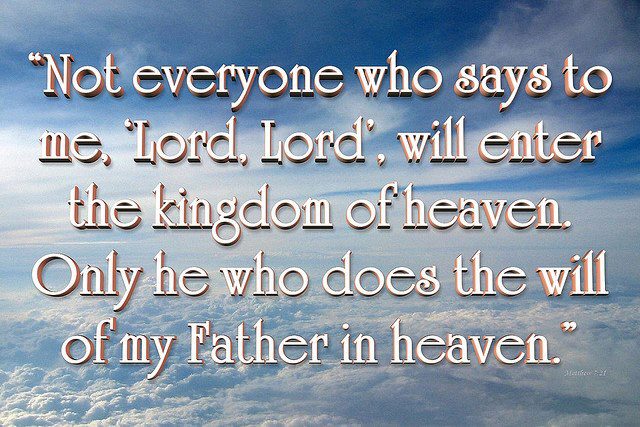 “For God so loved the world that he gave his only Son, so that everyone who believes in him might not perish but might have eternal life.” John 3:16“Not everyone who says to me, ‘Lord, Lord,’ will enter the kingdom of heaven, but only the one who does the will of my Father in heaven.” Matthew 7:21When we read these passages we might end up asking ourselves: “so is it everyone who believes in Jesus that will be saved or only the ones who do the will of the Father?” The above two verses point to the risk of selecting a specific verse, (sometimes known as scissor cutting the Bible) to make a point rather than trying to understand the salvation message of the Bible in its entirety.Of course the following two passages have left many Christians confounded and in debates for eons:”For we hold that a person is justified by faith apart from works prescribed by the law.” Romans 3:28 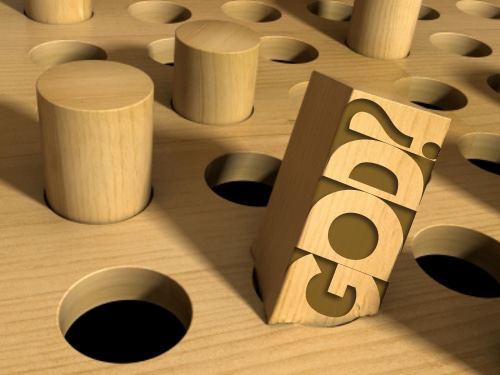 “You see that a person is justified by works and not by faith alone… For just as the body without the spirit is dead, so faith without works is also dead.” James 2:24, 26 The list of things that we could confuse ourselves over and thereby cause ongoing debates in our Christian faith could be endless. Here is just a short list of possible topics as an example:

So, is it okay for us to have questions of faith? Absolutely! If we did not have questions it would be called FACT rather than FAITH. All too often Christians get into debates and arguments over issues that really cannot be proven. I think the best position for all of us is to state that we are “pursuing the truth.” Rather than taking hard line positions on some topics perhaps we can learn from one another by listening to each other’s points of view. 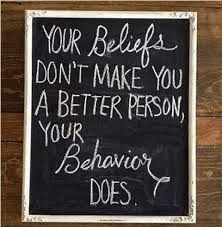 In the end, we should be more interested in helping each other be conformed to the image and likeness of Christ, ratherthan standing our ground for the sole purpose of claiming to be right. We only know a small portion of what we need or want to know about God. When we do engage in debates over spiritual topics the most important rule should be to act as a Christian when discussing Christian things.So how can we work to deepen our understanding of God? We should employ all of these spiritual tools: 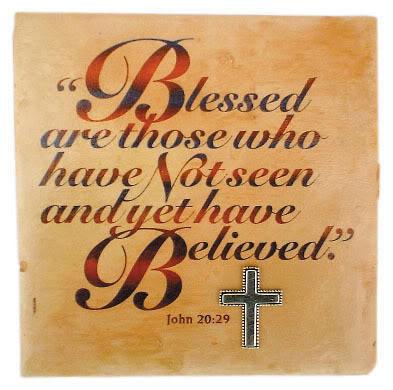 In this age of Google, we have facts available instantly at our fingertips. Perhaps we would prefer to have all the factual knowledge of God. Let us not forget the words our Lord said to Thomas when he wanted facts: “Jesus said to him, ‘Have you come to believe because you have seen me? Blessed are those who have not seen and have believed.'” John 20:29 More than facts, we need faith, trust and hope.We will find the answers we seek soon enough. We know that when this life is over much more will be revealed: “For there is nothing hidden that will not become visible, and nothing secret that will not be known and come to light.” Luke 8:17

Heavenly Father I thank you for the many Mysteries of Faith and I ask that you send your Holy Spirit to enlighten me more each day so that I can constantly grow in my understanding and love for you, amen.