Have you ever been around someone spewing hatred in the name of God? Have you ever listened to someone who was certain of their own salvation and was equally certain of the damnation of others? Someone recently directed me to a website to listen to just such a person. This televangelist was certain of just who God was going to condemn to hell. I watched this pastor’s YouTube video and in my opinion I was listening to a modern day Pharisee. This man went off the deep end spewing forth condemnation on “those who were not like him,” those who he was certain were going to hell.Listening to this so called man of God caused me to ask myself: “where is the love of Jesus Christ?” As he spit out his venom he caused me to wonder if he believed that Christ’s death was only to pay the price for select sins or maybe for only selected sinners; perhaps only those people this man selected as worthy enough for Heaven.The longer I listened, the madder I got. I became indignant towards this man because of what he was saying. Then suddenly I realized that in my own judgmental way I was becoming like him. I was judging him as he judged others. I felt hatred welling up towards this man for the damage he was doing to Christianity. I was thinking of how sad it was that so many non-believers would judge all Christians by the words of this one man. Suddenly then, by the grace of God, I realized that my own thoughts had me ready to condemn this preacher to hell because of his hate speech. 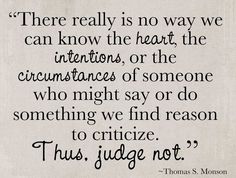 The longer I thought about this, I began to reflect on some of the very harsh words Jesus had to say about the Scribes and Pharisees in Matthew 23:1-36. In particular my mind went to Matthew 23:13: “Woe to you, scribes and Pharisees, you hypocrites. You lock the kingdom of heaven before human beings. You do not enter yourselves, nor do you allow entrance to those trying to enter.” It seems to me that throughout the Gospels we hear stories of the self-righteous Scribes and Pharisees who thought they had a one way direct ticket to Heaven because they followed the letter of the law and they believed that everyone not like them had a direct ticket to hell (do not pass go do not collect $200).John 8:3 gives us one of those examples where, acting according to the Law of Moses, they were ready to stone the adulteress woman. “Then the scribes and the Pharisees brought a woman who had been caught in adultery and made her stand in the middle.” As we know Jesus intervened on her behalf.As I continued to contemplate on the condemning words of this preacher and my own condemning thoughts towards the preacher I came to the conclusion that most of us have at least in our minds if not by our actions tried to lock the gates to the kingdom of God to certain other people. In other words, we have concluded that certain people are clearly going to hell. 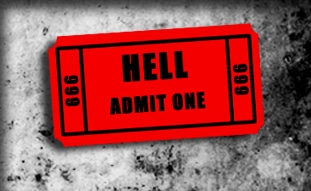 I guesssome peopledon’t believe that Jesus died for the forgiveness of all sinners. Perhaps we don’t believe that God desires all people to be with Him in Heaven. Don’t get me wrong, I am not saying that everyone will get into heaven. What I am saying is this, that decision is reserved for God alone, not for us. A dear friend of mine has a favorite phrase that goes something like this: “I know there is a hell and I pray it is empty.”Let me ask you a difficult question. Do you want everyone to go to Heaven? Do you want others to be spared the pains of hell? It sadly seems to me that many of usactually hope some people end up in hell, especially those people who we have self-determined to be the worst of sinners.The list here would be endless. Who do you say should go to hell? Some white people want all blacks to be in hell, some black people want white people to go to hell. It appears that many Christians want all non-Christians (Hindus, Muslims, Buddhists, etc.) to go to hell. Many heterosexuals want to believe that all homosexuals should burn in hell and many homosexuals think heterosexuals should burn in hell for their lack of love and compassion towards them. Sadly, some Christians of one denomination are certain that Christians of other denominations are going to hell. The list of condemnation towards others is endless. 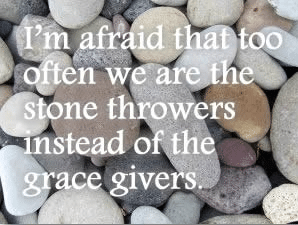 Going back to my friend’s comment of believing in hell but hoping it is empty; do you also hope it is empty, or have you selected the people that you want to fill it? I was wrong to allow my views towards this preacher to degrade into thoughts of condemnation towards him. Instead I offered prayers for him. Have you found yourself slipping into judgmental condemning thoughts and views too? Most likely those whom we condemn the mostare most in need of our prayers.I want to make a key point here. Pointing out someone’s sin to them is one thing, condemning them to hell for the sin is something completely different. The former helps them to make informed choices, the later serves no purpose at all. Matthew 7:1-2 gives us these great words of wisdom to live by: “Stop judging, that you may not be judged. For as you judge, so will you be judged, and the measure with which you measure will be measured out to you.”If we are all honest we don’t know who will make it into Heaven and who will not. I certainly pray that most people will. Of our own merit none of us deserve it. I sure hope I make it to Heaven and I hope my belief in Jesus Christ and the words I share each week are such that they draw others to our Lord as well. I try to remind myself often of John 8:7 “Let the one among you who is without sin be the first to throw a stone at her.” 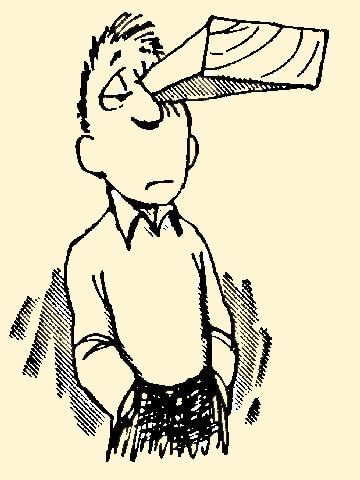 Let me leave you with two questions. My first question is this: If it were up to you, who and for what sin would you condemn someone to hell? The second and more important question is this: What would others condemn you to hell for?“Why do you notice the splinter in your brother’s eye, but do not perceive the wooden beam in your own eye?” Matthew 7:3