My thanks to Brian for allowing me to speak to you all this week.  Our prayers go out to Brian and Mary Beth for a joy-filled vacation and safe return.  So to all of you, smile and bear with us one more week…

A friend of mine once told me about an encounter he had while on his work commute in Charlotte, NC. Part of his morning routine is to walk the final few blocks to his office.  Day after day he took the same route.  And each day he passed the same man begging from the same alcove of the same building – day after day. 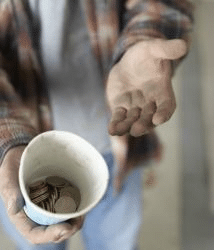 On some days, usually around a holiday, my friend would be bold and drop some change in the beggar’s cup and quickly move on with a quiet sense of charitable contentment. But most days he just scooted straight ahead, choreographing a careful avoidance of eye contact. It’s always easier that way you know.

One day, my friend had what he considers one of those “Holy Spirit” moments. As he walked by the beggar, it occurred to him to not consider what separated him from this man. This triumphant separation is what he normally thought – and felt – if he was honest with himself.  On that day he wondered what do we actually have in common?  At first it wasn’t readily evident.  Come on, what could we possibly ever share?  A few days passed by and this question just wouldn’t go away.

Finally, it occurred to him that he really had no idea what, if anything, they actually shared together. However, there were at least two things he knew they had in common. First, they both have a name. Second, they both have a story. So for the first time, he stopped. He gave this man what pocket change he had and asked him his name.  And after a few days of exchanging hellos by name, my friend asked to hear this man’s story. 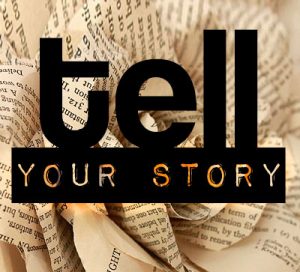 As we celebrate the Easter season, let’s look to another story we all know. From the Gospel of Luke, please recall the encounter of the two disciples meeting a stranger on the road to Emmaus. This stranger proceeds to reveal Himself as our resurrected Lord through the opening of scripture and the breaking of the bread.  What I want to draw your attention to is how this encounter culminated in Luke 24: 32-37:

“They asked each other, “Were not our hearts burning within us while he talked with us on the road and opened the Scriptures to us?” They got up and returned at once to Jerusalem. There they found the Eleven and those with them, assembled together and saying, “It is true! The Lord has risen and has appeared to Simon.”  Then the two told what had happened on the way, and how Jesus was recognized by them when he broke the bread.” 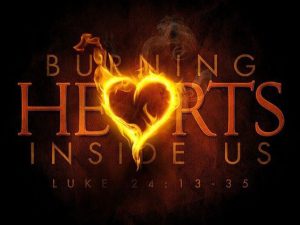 Look closely at what just transpired. These two disciples have a profound encounter with Jesus.  Their hearts are on fire. They don’t sit around pondering the theological implications. They don’t keep it to themselves.  They go – at once – to tell their closest friends.  They have a story and they can’t wait to share it.  And surprise of surprises when they get there – their friends have a story to tell as well.

Now look deeper. Their first instinct is not to go out and tell a stranger. It’s to go to their friends and family.  And what happens?  These friends feel the power of the story and admit they too have these same feelings.  In the sharing of the story, the depth and bond of family and friends is strengthened.  In their story, they are inspired, encouraged and endeared to one another.

My friends take heart from Luke. Tell your story. It’s not about proper catechesis, or correction and admonishment, or what orthodoxy may or may not be.  Those things might come later.  Simply and lovingly – just tell your story.  We all have one.  What difference does Jesus make in your life?  What matters most to you? Why do you love Him? Why do you love those closest to you? What do you desire for your loved ones? Then go tell them.

Tell those you love most deeply. And let them tell their story in return. And maybe surprise of surprises – they knew it in their hearts, but only needed a little encouragement.  Let us pray that we help each other to speak the language of God through our stories.  May we have the wisdom, courage and patience to reveal the stories of our life – through Him, with Him and in Him. 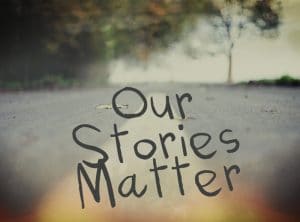 And by the way, his name was Henry.

Special thanks to Bob Lange, a Broken Door Ministries board member for writing this week’s 4th Day Letter while I am out of the country celebrating my 60th birthday and 40th wedding anniversary. The byline at the top is formatted and can’t be changed to acknowledge our guest writers while I am away.