Passing the torch of our faith to our children is perhaps one of the most important things we as parents are called to do. Too often that torch is dropped. Sadly, when this happens, many parents experience nearly inconsolable sadness. They spend years of heartache concerned about the salvation of their children and grandchildren.  Have you experienced this in your family? 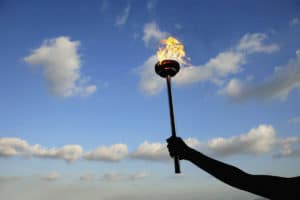 Both my wife and I were blessed to have been raised by faith-filled Catholic parents who passed their faith in Jesus Christ down to us from our earliest ages. My wife and I have been deeply involved in our faith throughout our forty years of marriage. During the formative years for our children we were also blessed to have many strong Christian friends who also were very involved in their faith and their love for Jesus Christ. Each of us as couples did our best to pass on our faith to our children. Despite our strong faith, we each experienced varying degrees of success as it pertains to passing that faith onto our children. Why?

A 2015 Pew Research study states: “The recent decrease in religious beliefs and behaviors is largely attributable to the “nones” – the growing minority of Americans, particularly in the Millennial generation, who say they do not belong to any organized faith.”

Some people today like to say: “I still believe in Jesus, but I just don’t have a need for organized religion in my life.” Other people say: “Jesus was a good and moral man, yet I just don’t believe He was God.” To both of these statements, I say balderdash!  Both of these positions create a paradox. How can you say you believe in Jesus and then not believe in the church He created and left behind. How can you say Jesus was a morally good man but not believe He was God when after all He said He was. Was He lying?

C. S. Lewis gave us what has come to be known as “Lewis’s trilemma.” He stated that Jesus was either Liar, Lunatic or Lord. He asserted that there were no other alternatives. So if people today assume that Jesus was neither a liar nor a lunatic then He therefore must be the Lord. 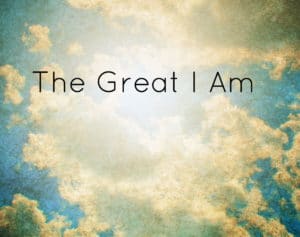 As to His divinity, Jesus could not have been clearer than He was in John 10:30 when He said: “The Father and I are one.” John 8:19 states it this way: “If you knew me, you would know my Father also.” Once again in John 8:58 Jesus harkens back to the time of Moses when He states: “Jesus said to them, “Amen, amen, I say to you, before Abraham came to be, I AM.”

The Bible is equally clear that Jesus intended to establish His Church on earth. Matt. 16:18 states: “And so I say to you, you are Peter, and upon this rock I will build my church, and the gates of the netherworld shall not prevail against it.” 1 Cor. 3:11 gives us this statement: “for no one can lay a foundation other than the one that is there, namely, Jesus Christ.” Eph. 2:20 says it this way: “built upon the foundation of the apostles and prophets, with Christ Jesus himself as the capstone.”

Just last week I stated that Satan’s hand was apparent in the many recent mass killings around the world. We can’t for a minute ignore that Satan must take great delight in the secularization of the world and in the rejection of Jesus and His church. We were warned in 2 Corinthians 4:4  that Satan who is ruler of this world has blinded the minds of the unbelievers, so that they may not see the light of the gospel and the glory of Christ. If Satan is allowed to go unchecked or ignored we will give him ample room to wreak havoc upon this world. 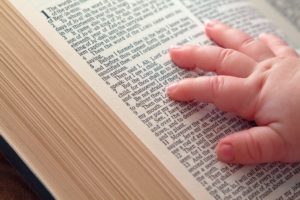 Reports tell us that young people today feel an urgent need to respond immediately to each text message they receive. Isn’t it sad that they feel less need to respond urgently to the most important message they will ever receive? That message is this: Jesus Christ is Lord and Savior and He has established His church on earth and He longs to lead us all to Heaven.

For years St. Augustine strayed from God and led an inappropriate life. Monica, his mother, never ceased praying for Him. Eventually he returned to God and went on to become a great theologian and leader of the faith.

As parents we must do our best to raise our children in the faith, but then we must turn them over to God. After that we must pray without ceasing for their salvation. Finally we must trust that God knows better than we do how to bring them home.

Heavenly Father I entrust my children into your care. Please keep them in your Church, hold them in your arms, protect them from the evil one and lead them safety home to eternity one day with you. I ask this in the name of Jesus our Lord, amen.

Latest posts by Brian Pusateri (see all)
← Deliver Us From EvilWho Am I? →