September 22nd, marks the third anniversary of 4thdayletters. As I was thinking about what to write I was struck by the last word of a very popular passage from the bible. 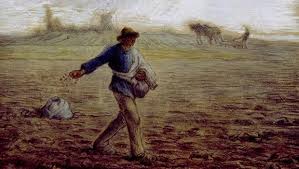 The Parable of the Sower Explained.

As I reflected on this parable questioned what type of ground I was. Am I the path, the rocky ground, the thorny ground or the rich soil? Perhaps atvarious times in our life we have been each one of these types of spoil. Which are you at this moment in your life? 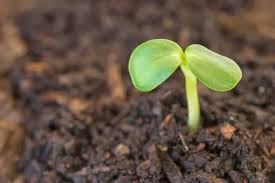 Reflecting on my own life, I know I spent too much of my adult life as thorny ground. I am a lifelong Christian and Jesus has been important to me ever since my childhood. However, this does not mean that my relationship with Him was not significantly strained by distractions in my life. As Jesus explained, my relationship with Him was often choked by the anxieties and riches and pleasures of life, and as a result there were times in my life when His good news failed to produce mature fruit in me.

All of that began to change three years ago when I felt prompted by the Holy Spirit to start writing these weekly emails. Little did I know how much my life was about to be changed.

These emails started out as what I expected to be a onetime event when I wrote an inspirational message to 15 men in my own parish. God apparently had different plans and now, three years later, thanks to all of you, they are being read around the world every week.

Today, as I address some aspects of my personal journey during these last three years, I hope that what I write will inspire at least one person to seek out the Lord in a deeper way. 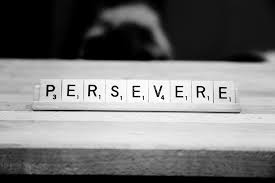 I have read the passage above from Luke many times. Interestingly enough, every time I read or hear it, my focus is on the seed falling on “rich soil”. I thought Jesus was simply calling us to be rich soil. I obviously want to be that rich soil. I have now come to discover there is more to this passage and this discovery is vitally important. With careful inspection we can learn that “the baring of mature fruit” that Jesus tells us about was not simply because it fell on rich soil, but because of PERSEVERANCE. If we are “rich soil” but lack perseverance eventually we will give the thorns in our lives another opportunity to take root.

For many of us, Perseverance can be a scary word. It is defined as: a continued effort to do or achieve something despite difficulties, failure, or opposition. As I understand this passage now I see that you and I must strive to be both rich soil and we must have a steadfast, persevering commitment to God.

As I mentioned, for a good deal of my life the one thing I can say for certain is that it seemed my sins were what was persevering more so than other good things. Sin was persevering because my pride was in the way and because I had been unwilling to let go of the worldly allures in my life.

Then by the grace of God everything changed. How you might ask?

To address that question let me draw some parallels from the life of St. Augustine. Author Ralph Martin, in his book, Fulfillment of All Desire, tells us that at an important point in his life, “Augustine found himself in a situation of very real slavery. He was locked in a deep habit of serious sin. But he clearly acknowledged it was he who made a series of decisions that little by little brought him to the point of slavery. Even though there was a real sense in which he was no longer free to stop sinning–he was truly a slave to sin–he was responsible for having come to this place by a series of prior decisions, in which he chose little by little, to place himself into the slavery of sin.” 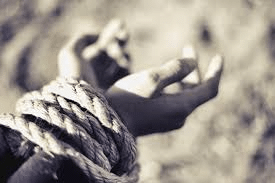 In his book Confessions, Augustine reveals that he had plunged himself into the agony of being pulled in two opposite directions. He seemed to want to repent, but then again maybe he doesn’t. Augustine left us this quote: “Grant me chastity and continence, but not yet.” He wanted to follow God, but was not quite ready yet to give up some of the sinful pleasures of life. Does this sound familiar in your life?

Paul captures this same battle in this passage from Romans 7:24-25 “Miserable one that I am! Who will deliver me from this mortal body? Thanks be to God through Jesus Christ our Lord. Therefore, I myself, with my mind, serve the law of God but, with my flesh, the law of sin.”

Here is the situation I found myself in 3 years ago. I too, like Augustine, was trapped and chained by habitual sin in my life. These sins had become thorns choking out my relationship with God. I was serving the Lord, but I was still trying to hang on to some sinful habits. Maybe this sounds familiar to your own experience. At the same time I felt called to these writings I also felt challenged to persevere in avoiding these old habits.

Throughout the Gospels, Jesus was always calling the sinners He encountered to repent and be changed. Whenever I fell into sinful habits I was quick to repent. In other words, when I sinned I was quick to tell God I was sorry. The problem was, I was failing to be changed and the sinful habits continued. Thankfully “my spiritual soil” was rich enough that I knew to repent, but unfortunately I lacked the perseverance to really BE CHANGED. Have you discovered this pattern in your life? 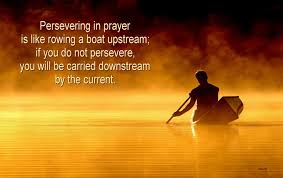 So how can we persevere? There are three things we can all do every day to help us to be the changed person our Lord calls us to be. These three things will help us to become that rich soil capable of producing mature fruit. First, we must persevere daily in our prayer life. Second, we must spend time every day in the study of both ourselves and God, so that by knowing ourselves better we can really see just how dependent on God we are, and thus see Jesus as the rock that we must hold fast to. Finally, we must take action each day by sharing our love of Jesus Christ with others that we encounter.

In order to break the sinful habits that Augustine described in his life, and I experienced in mine, and you might be experiencing in yours, we must first acknowledge our sins, and then work daily at the three things I mentioned above. We are all weak, and without Jesus, we cannot win the battle over our weaknesses. We must make the commitment to persevere DAILY by drawing close to Him. He alone is our assurance of victory.

This brings me back around to the 3rd anniversary of 4thdayletters. Each week, I wait for the Holy Spirit to touch me with a message to write about in these emails. Over these three years I began to realize that I was being prompted to write about the things that I need to work on in my own life to weed out my thorns. I hope that as I share my journey of faith each week in these emails that you too are finding areas of opportunity to improve your relationship with Him. As year four begins, I look forward to another new year of sharing with you. 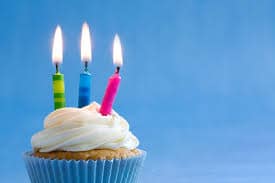 On this third anniversary may I ask you for two things? First will you keep 4thdayletters in your prayers and second would you consider since it is the 3rd anniversary clicking here to todays message to 3 people who might enjoy reading these emails every week? May God bless you and thank you for reading each week.

“Blessed is the man who perseveres under trial, because when he has stood the test, he will receive the crown of life that God has promised to those who love him.”