Today is Election Day in the United States. Perhaps for a while, the bombardment of political ads will cease. Maybe, like me, you have grown tired of every politician telling you how he/she can miraculously solve every problem known to man. The reality is, no politician running for office can solve the world’s ills. God, however, can! Politicians seek our vote. God wants more. He wants our heart, soul, mind, and strength. This becomes especially important post-election day. Please read more. 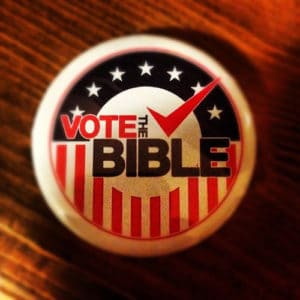 During the recent weeks, some ministers and priests jumped into the political fray. Some explicitly sermonized about who to vote for, while other were more subtle. Some condemned entire political parties. Few shared the entire Christian narrative. God does not favor one party over another. God cares for all people; He wants to touch and heal each person from their brokenness, and He wants you and me to do the same. Does this mean God wants us to stand up and protest for one political position or the other? Personally, I don’t think so.

Let’s ask ourselves this question. What would Jesus do? If we want to know how we should react to all of this heated political rhetoric, we need not look any further than the Bible. What did Jesus do?  Jesus never led a protest against Rome. He never specifically spoke out about the injustices of the Roman empire. He never led a protest to end the thousands of crucifixions taking place at the hands of Rome, even though He had foreknowledge that He Himself would be crucified. He never protested the Roman occupation of Jerusalem. So, what did He do?

Jesus touched and healed people, one person at a time. He taught moral values. He taught the laws of God. He taught us to be merciful and forgiving while at the same time offering mercy and forgiveness to those He encountered. He taught us to love one another. In short, He prepared and equipped His disciples with the Gospel message so that they could go out and change the world. Now, He wants us to do the same, no matter what side of the political aisle we are on. 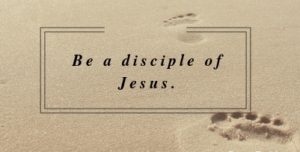 Our civic duty is to vote. Our Christian and moral duty is to form our voting decisions based on Godly truths and Biblical principles. More than just voting with a well-formed Christian conscience, our Christian responsibility calls us to be active in our faith. Through Baptism, we have become citizens of God’s Kingdom. Now we are called to bring the message of Christ to the world.

I don’t know who you were pulling for in this election and I don’t know who will win. But I do know one thing, spiritually speaking, it changes nothing. We are still called to go forth to spread the Gospel message one person at a time.

Neither political party affiliations nor national patriotism should be at the center of our life. God should be. He alone created us. He called us by name. He commissioned us to share His Good News with everyone. We cannot and must not abdicate this responsibility to any politician or political party. We must go out every day, not just election day, to bring about the Kingdom of God on earth. 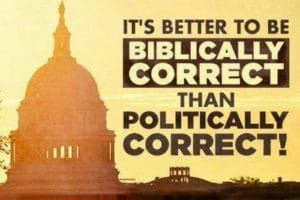 On January 20, 1961, President John Kennedy, in his inaugural address said this, “And so, my fellow Americans: ask not what your country can do for you — ask what you can do for your country.” With this thought in mind, we need to stop looking at what’s wrong with everyone else and ask ourselves this question. “How have I added to the anger, fear, racism, hatred and division in the world?” Then we need to ask ourselves an even more important question. “What needs to change in me? What needs to change in my spiritual life so that I am a blessing to the world?

Ronald Reagan famously said, “Mr. Gorbachev, tear down this wall!” Let’s go out today, as disciples of Jesus Christ, united by the Gospel of love, and tear down the walls that divide political parties, divide races, divide countries, divide neighbors, divide families, and divide us as Christians.

Finally, may we always remember the words of Matthew 5:9. “Blessed are the peacemakers, for they will be called children of God.” 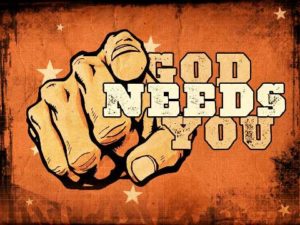 Heavenly Father, you alone are sovereign. Politicians and political platforms come and go. Your Kingdom lasts forever. Your word alone is truth and life. No matter who is elected to political office, help me never to shirk my responsibility to help grow Your Kingdom. In doing so, help me to always have love in my heart, kindness in my words and justice in my actions. In Jesus’ name I pray, amen.

Today’s message was inspired and heavily influenced by a YouTube video I recently watched by Father Dave Pivonka, who is president of Franciscan University of Steubenville. His message touched my heart. If you would like to see his entire video, click here