Advent is a time of preparation. With Christmas just around the corner, we all know the comforting feeling of being home for the holidays. Being home for Christmas is more than just being physically present, it is also about coming home spiritually. We should use these remaining days of Advent to prayerfully evaluate our spiritual condition and see if some loud seductive voices have lured us away from home.

As we meditate on our relationship with God and we contemplate spiritually returning home for Christmas, we must investigate what caused us to wander away from God in the first place. 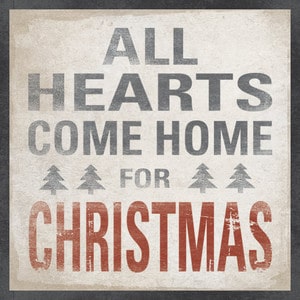 We are all familiar with the Prodigal son story and we often focus our attention on his return home. But the mere fact that he returned means he first had to leave home. Have we left home? What was it that seduced him to give up his relationship with his father and leave? What is it that seduced us to do the same thing? We are often seduced by wealth, popularity, glory, and other worldly things and we leave the embrace of our Father in search of something that we believe will surpass His love for us.

When the prodigal son left it was more than just moving away. His actions of demanding his inheritance was tantamount to wishing his father to be dead; and his moving to a “distant country,” as Luke states in his Gospel, was a heartless rejection of the home where he had been nurtured.

We belong to God; we were fashioned by God; and we are most at home and at peace when we listen to the soft voice of God that speaks to our soul and assures us that we are His beloved sons and daughters. His affirmation lets us know we are truly home.

The need for affirmation is an essential part of being human. However, when we seek our affirmation from all the wrong places it is a hollow and meaningless affirmation. The only affirmation that really counts is hearing God our Father’s affirmation. Are you hearing His affirmation in your life today? Is He saying to you right now “I am well pleased?”  If we are pursuing the wrong things in life, we may not be hearing that message. Now is the time for change. John the Baptist called us to “repent and be changed.” What better time to heed that advice than during this Advent Season. 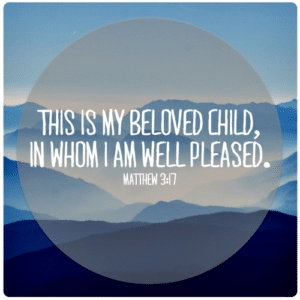 Psychologists tell us that affirmation is an essential component of love language. I found an article written in March of 2014 by Kathryn J. Lively, Ph.D. in Psychology Today titled,  Affirmations: The Why, What, How, and What If which made these two assertions:

Similarly, while we are on our spiritual journeys we feel good when we are close to God and we hear His affirmation. Conversely, when the world seduces us to leave His embrace to seek affirmations from worldly things these self-defeating wanderings leave us empty, alone and often afraid. 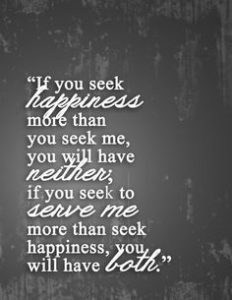 In his book The Return of the Prodigal Son, which inspired my message today, author Henri Nouwen tells us that when we experience “anger, resentment, jealousy, desire for revenge, lust, greed, antagonism and rivalries” we are experiencing obvious signs that we have left home.

Have we given ourselves over to the seductive voices of the world? The seductive and enticing things of this world only offer us conditional love. God is the one who offers us UNCONDITIONAL LOVE.

As I stated at the beginning, Christmas is a time for homecomings. Is it time now for us to pack our bags and leave some distant faraway place and return home to the loving embrace of God? Are you resolute in your decision to do as the prodigal son did and leave the slop of the pigs behind and chart your journey back home? Come home for Christmas. Reject the seductive voices of this world. Our Heavenly Father is waiting with a warm and eternal embrace!

Father, forgive me for the times that I have listened to the seductive voices of this world and wandered away from you. Lead me home for Christmas. I long for your embrace, amen. 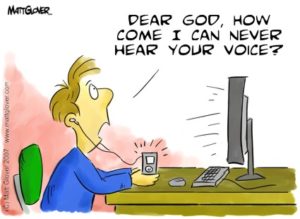 Latest posts by Brian Pusateri (see all)
← The Joy of ChristChristmas: Past, Present and Future →