There I sat. The choir was singing in harmony as musicians provided our beautiful music. The aroma of incense floated through the air. At the front of the church the Bishop, flanked by two Deacons and surrounded by several altar servers wearing the classic black and white garb, encircled the baptismal font. Standing in line were six men about to become members of the Christian family. I closed my eyes for a moment to drink in the sights and sounds of this event. Lost in thought, it was hard to realize that I was sitting in prison.

Over the last several years I have been blessed to travel around the United States to provide talks and retreats to various gatherings of Christians. I have shared the message the Holy Spirit has placed on my heart about God’s abundant mercy and forgiveness along with a message about the necessity of Christian community and friendships. I have delivered this message in gymnasiums, parish halls, hotel banquet rooms, and churches. I have proclaimed this message to Catholics groups, Protestant groups, ecumenical groups, all men, all woman, and it has been presented in English and in Spanish with live translation……..this particular retreat was about to be a whole new experience. This was to be a three day retreat in Benner Prison just outside of State College, Pennsylvania. 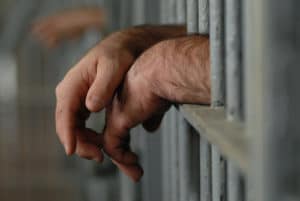 My presentation of the BLESSED, BROKEN and SCARED retreat was scheduled to begin on Friday evening and conclude on Sunday afternoon. Bishop Mark Bartchak of the Altoona Johnstown Diocese was scheduled to follow the retreat with a mass including baptism and confirmation for several of the men in prison.

I was accompanied on this trip by Joseph Galloway who is the author of THE BROKEN DOOR. Thanks to a generous grant from the ValMark Global Gift Fund, we were going to present each of the prisoners attending the retreat a free signed copy of Joe’s book. When we entered the prison on Friday night we had no idea of what to expect. Neither of us had ever been to a prison before; however from the moment the heavy steel door clanged shut behind us as we entered the prison I could feel the presence of the Holy Spirit.

Over the course of the next day and a half I poured my heart and my message out to these men. I shared openly and honestly about the struggles I have encountered in my Christian journey. In response, the men shared their stories with me. In addition to the group discussions, I had the opportunity to speak one on one to each of the men.

I know from my personal conversations with these men, that included in our group were men who had committed drug crimes, sex crimes, murder and many other crimes. From my point of view after only a few minutes with these men I saw them as just men. On this weekend they were fellow sojourners on the path of life. They were fellow Christians who had made mistakes. They were sons, brothers, fathers, grandfathers and even great grandfathers.

Some of these men were nearing the end of their incarceration. Some had been there only a few years and while others had been in most of their life. Still others had many more years to go and a few were never getting out. 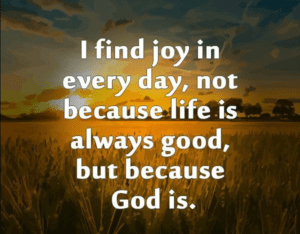 The depth of their faith and their knowledge of the Bible inspired me. It became obvious to me very quickly that even though I was the presenter it was my life that was about to be profoundly changed. I encouraged these men to be more open about the struggles and pain in their lives. I encouraged them to take their masks off and to reveal to their closest friends or to the prison chaplains those areas in their life that clouded their relationship with God. They responded with some of the deepest sharing I have witnessed.

The following is written in Luke 4:18: “The Spirit of the Lord is upon me, because he has anointed me to bring glad tidings to the poor. He has sent me to proclaim liberty to captives and recovery of sight to the blind, to let the oppressed go free.” I was witnessing men who have spiritually been set free. Although they are inside the prison walls their spirits were more alive and free than many people on the outside. 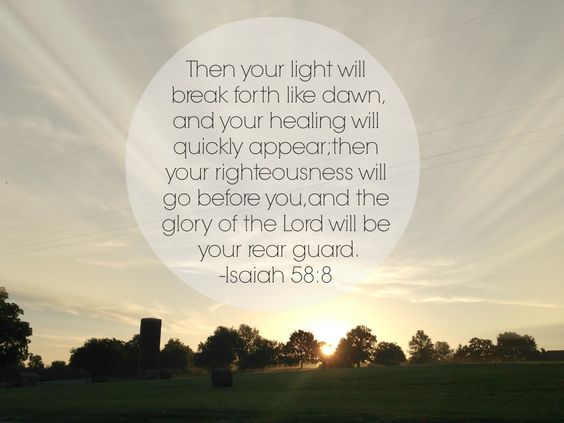 During Sunday evening’s mass the Bishop reminded these men that many of Pauls’s epistles were written from his prison cell. Although a prisoner himself, Paul’s evangelical outreach went far beyond his prison bars. These men also have the opportunity to be Christ to one another and on this weekend there was no doubt that they were Christ to me.

The mistakes in the lives of these men may be different than yours or mine but we can never lose sight of the reality that we have all sinned and fall short of the glory of God. I witnessed a joy in these men that comes from being set free by our Lord.

It occurred to me that the spirit of Christian joy present here is often lacking in others outside of prison. During this season of Advent consider these questions: What is it in your life that has you imprisoned? Is there an area of sin in your life that keeps you locked behind the wall of shame and the razor wire of pride? Would opening up about this with a true Christian friend help you to find your own freedom?

I was blessed by this experience. I hope that by sharing the story of the men at Benner and their strong faith in Jesus Christ it has inspired you and your faith as it has inspired mine. 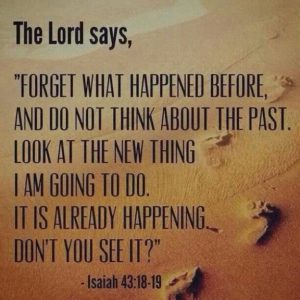