The word devil comes to us from the Greek word diabolos, which means “to divide.” The devil uses every tactic possible to pit us against each other. Has there ever been a time when you have witnessed more hatred, vitriol, division, or acrimony in the world? To combat this bitter divisiveness, we Christians need to dig a little deeper into the storehouse of God’s love. Please read more. 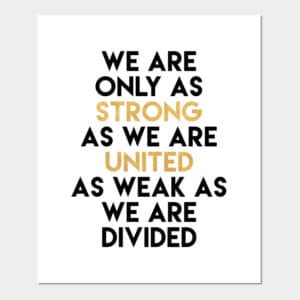 The devil loves chaos and right now our world is full of it. The political divide between right and left, between conservative and liberal, between democracy and socialism is stark and uncompromising. Many people still use every chance possible to sow racial discord. The cacophony of words over the abortion topic has hit a fever pitch. The topic of illegal immigration is a volatile issue. Socialized medicine verses private health care is a scorching hot topic. And finally, of course the stark division between Jews, Christians, and Muslims is ever ongoing.

More recently, the topics of mask wearing and vaccines has split family member against family member, neighbor against neighbor and friend against friend. Both sides of the debate are uncompromising and unwilling to even listen to, or attempt to understand, the concerns of the others.

And, if worldly divisions are not enough today, the division within Christianity itself is often on the front page of the paper. Almost every denomination has split over the gay marriage issue. Catholics are spilt into two camps over several issues. There is a divide over the “Ordinary Form,” verses the “Extraordinary Form,” of the mass, between Latin and the vernacular of the people and even between those who either love or dislike Pope Francis. 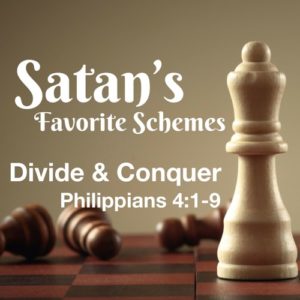 Protestant Churches are also divided. There are now too many denominations to list. We have Anabaptists, Anglicans, Baptists, Lutherans, Methods, Pentecostals, Presbyterians, and non-denominational churches just to name a few. Within each of these, there are fractures and divisions. Making the news most recently, was the divide within the Southern Baptist Convention over critical race theory.

Okay, by now you see my point. We, as a people, are divided over just about every possible issue. Unfortunately, Christians are as divided as non-believers. So, what can we do to combat the seeds of discord sowed by the evil one?

We can start by recognizing the devils hand in all of this. He loves this chaos. Division is his number one weapon. When ever we see division, it is a safe bet that the devil has his hand in it somehow.  We need to also recognize that Jesus desires us to have unity. In John 17:20-22 Jesus prayed the following prayer:

“I pray not only for them, but also for those who will believe in me through their word, so that they may all be one, as you, Father, are in me and I in you, that they also may be in us, that the world may believe that you sent me. And I have given them the glory you gave me, so that they may be one, as we are one.” 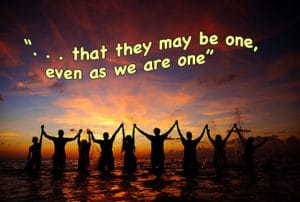 There will always be issues in the world that need to be resolved. As Christians we should be a shining example to others. We need to call upon God in prayer and seek His guidance and grace. We need to seek the ability to have differences without being disagreeable.

Mark 7:21 challenges us to look inside ourselves and realize that evil comes from within. It comes from our heart. This is where Satan has planted these seeds of division. To fix the world, to heal its wounds and to repair its scars we must first ask God to help us fix, heal, and mend our own heart.

Going forward, each time we enter into a debate or a discussion with someone who has opposing views to ours, whether that person is a family member, friend, neighbor, work colleague or even an enemy, let’s try to keep the words from an old southern gospel song in our heart. The song is called, Dig a Little Deeper in God’s Love. Here are a few of the lyrics:

“Lord, I wanna walk a little more like my Jesus would

I wanna talk a little more like a Christian should

I wanna dig a little deeper in the store house

If we can always remember to talk with God first before engaging in debate, there is a far better chance for a non-acrimonious outcome. Personally, I am worn down by all of the shouting and division. Are you? Sadly, I must also admit, that I sometimes fall prey to joining into that division. I must pray hard to always respond in a Christ-like manner.

Weary from all of the shouting and division, I thought I would leave you today with three separate uplifting versions of the song Dig A Little Deeper. Each should bring a smile to your face. Let’s all dig a little deeper into the storehouse of God’s love. Click each link below and enjoy some toe tapping music. 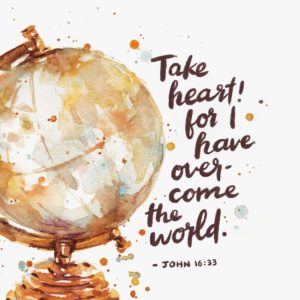 Heavenly Father, Jesus gave the world this message, “I have told you this so that you might have peace in me. In the world you will have trouble, but take courage, I have conquered the world.” Help me always to hold onto this truth and send your Holy Spirit to always guide my words. In Jesus name I pray. Amen!