The boxer was on the mat defeated. Stars swirled in his aching head. Sin had landed him on the mat with a one-two punch. He had momentarily lowered his guard and sin’s punches hit with lightning speed. As he regained consciousness, he reflected on his life. It had been a series of defeats and knock outs. He staggered off the mat, resolved to change. “There has to be a better way,” he thought. Desiring a better life, he knew he needed a new coach. Please read more. 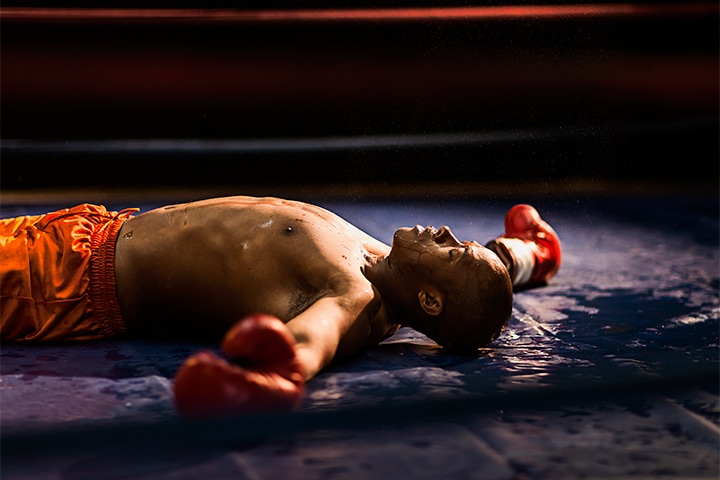 A friend told this boxer about a legendary boxing coach. They said he was available. This coach’s name was Jesus. In His prime, at age 33, Jesus staged the greatest comeback in history. On that grim Friday afternoon, He seemed down for the count. All looked lost. The crowd had seen Him die. Saddened by the stunning upset, they wandered away. Their hero was gone.

Three days later, rumors began to surface. Soon the rumors were confirmed. Jesus had appeared to His followers. He had been down for the count and buried. Now, baffling all of the pundits, He had risen from the dead. Meanwhile, his opponent Satan, who had been gloating over his victory, fled the region. Jesus was declared champion of all time.

After His comeback, Jesus went on to become the world’s most renowned boxing coach. He is revered far and wide. His best-selling book, the BIBLE, has been translated into every language. His training camps, known as Christian Churches, are attended on every continent by His followers. Billions have become devoted disciples. Some of His best disciples have gone on to become saints.

Satan, who fled when Jesus rose from the dead, has now returned to coaching. His boxer is known as Tempter. Tempter never fights fair. He breaks all of the rules. He lies, cheats, and deceives. Winning is not enough for Tempter. Fighting ruthlessly for his coach, he seeks nothing less than the utter destruction of his foe. 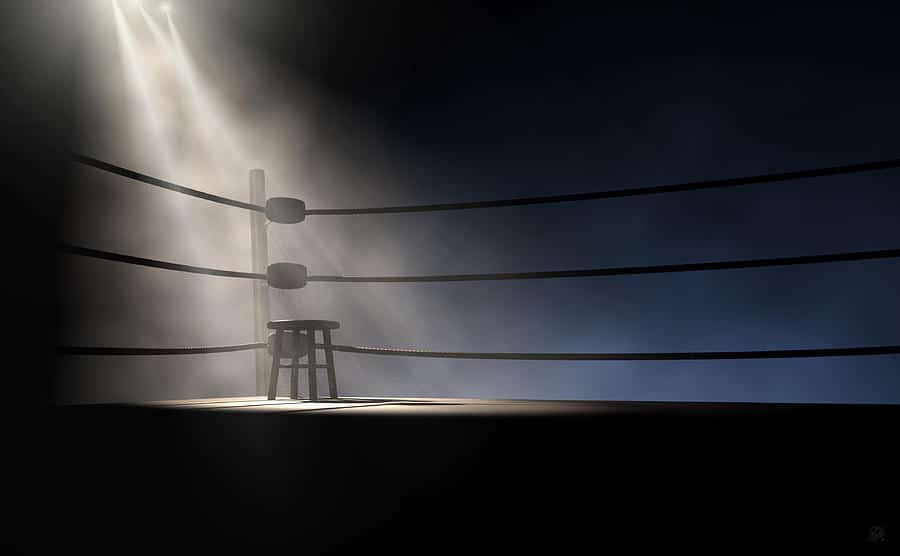 Let’s revisit our defeated boxer. Although he had a pitiful losing record, Jesus gladly became his coach. Jesus paid no regard to his past defeats. Jesus loves those He coaches and greets them as if they were His only fighter.

Now, with Jesus as his coach, our boxer is ready for a new fight. It’s a hot and muggy night. The arena is packed to standing room only. Millions are watching on pay per view. Satan stands in the corner as his well-trained Tempter enters the ring, hell bent on the boxer’s demise. Jesus and His newly trained boxer wait in the opposite corner.

My friends, you and I are this boxer. Life is the ring in which we fight. Jesus is our coach. Let’s look in on this boxing match.

Tempter lands a punch to our mouth. Back in our corner when the round ends, Jesus tells us that Tempter uses our mouth for lies and gossip. Jesus places ice chips on our lip, gives us words of encouragement and sends us back into the ring. 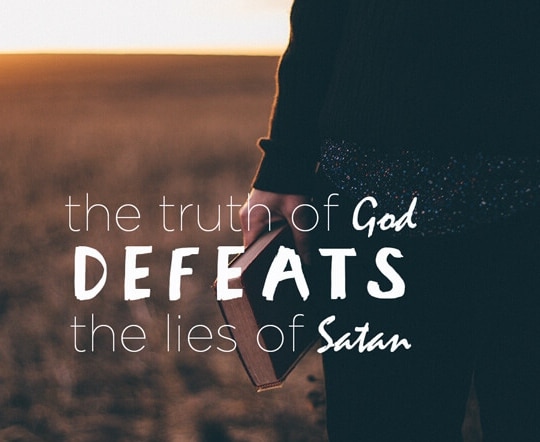 The end of round two brings us to the corner, having been pummeled with gut punches. Jesus cautions us that the Tempter uses the stomach to tempt with gluttony. Then He reminds us that He alone is the food come down from heaven. He is the Bread of Life. Restored with this knowledge, we go back out for round three.

At the end of this round, we stumble to the corner having received several illegal kidney punches. Jesus explains how the Tempter uses alcohol and drugs to destroy one’s kidneys, sometimes even their life. Jesus prepares us to re-enter the ring.

Tempter scores brutalizing jabs to our face in round four. We stagger to the corner with a bloody face and bruised and swollen eyes. Steam rises from our face as Jesus applies an ice pack to reduce the swelling. He makes a small cut over our eye to reduce the pressure. Jesus reminds us that Tempter causes sin to enter through our eyes. Jesus explains the danger of lust and coveting and tells us to guard our eyes. 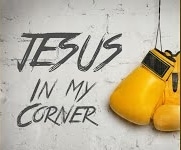 A barrage of body punches has every nerve ending in our body screaming out in pain. Back in the corner we tell Coach that we are ready to quit.  Jesus pours soothing oil on our aching muscles. He explains how Temper wants us to feel defeated. He describes how Tempter uses ailments and sickness and pandemics like Covid-19 to cause despair and hopelessness. Jesus convinces us to trust Him and assures us that everything will turn out okay. We return to the ring.

As the bell rings, the referee glances away for just an instant. Tempter lands two rapid fire excruciating blows below the belt. Hit squarely in the groin, we fall to the canvas. Pain explodes throughout our body and brain. We feel like throwing up. We curl into a fetal position. Instinctively, we want to reach for the injured area, but with a live audience and people watching worldwide on television, we just lie there writhing in pain. Shame overwhelms us.

Time stands still. We roll on the mat. We don’t think we can get up. We believe we have lost again. Jesus enters the ring and stands over us. He tells us that Tempter is fighting dirty. He explains that Tempter knows where we are weak and vulnerable and that is where he hits us. Jesus warns us to protect ourselves from these low blows.

Condensation is dripping off the ropes in the humid gym. Jesus looks down on us with compassion. One drop of Jesus’ sweat falls on us as a drop of blood. Strengthened and washed clean by His blood, we stagger to our feet. We begin to speak. The crowd strains to hear the words coming from our lips. We begin to chant, “Jesus! Jesus”! The crowd joins in, “Jesus, Jesus, Jesus!”

With our last ounce of strength and courage and with our coach’s inspiration we yell out, “To hell with you Tempter.” We land a smashing blow to Tempter’s head. His knees buckle and he falls to the mat. The referee pounds out the count. It is over. On this day, in this fight, and with Jesus as our coach, we have won! 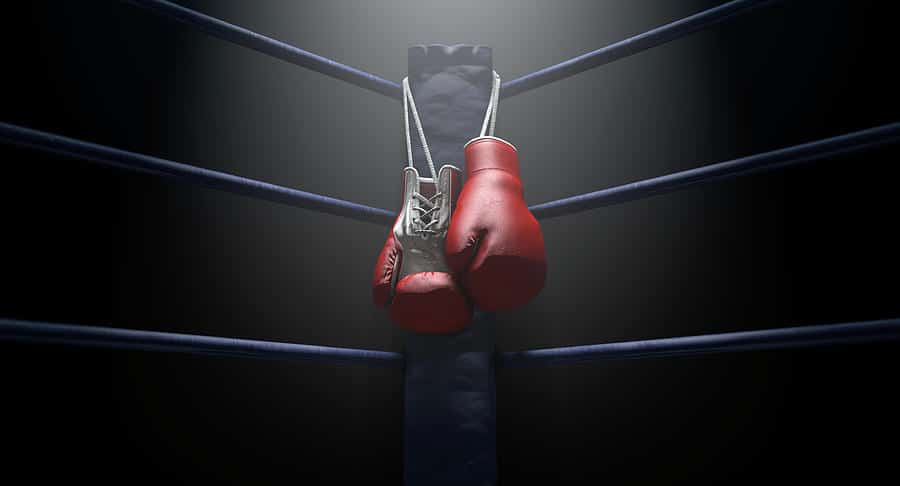 Even with Jesus at our side there are still days when we feel despair and defeat. We fight our best, but life knocks us down. We must always get back up. We must always remember that on our own, we cannot win. Tempter, and his coach Satan, will always work to overpower us. Only with Jesus can we win. There is an eternal fight for our soul. We must seek strength in Jesus. We are washed clean by His Blood and nourished by His Body.

Let us recommit ourselves to two things. First, lets spend more time each day in prayer and Scripture. Second, let’s go out and tell others about Jesus so that they can have Him at their side in the arena of life.

Heavenly Father, I praise and thank you for the gift of your son, Jesus Christ. Through the guidance of your Holy Spirit, help me to always see Jesus as my life’s coach. Help me to remember that I cannot make it on my own. Help me to fight the good fight, amen. 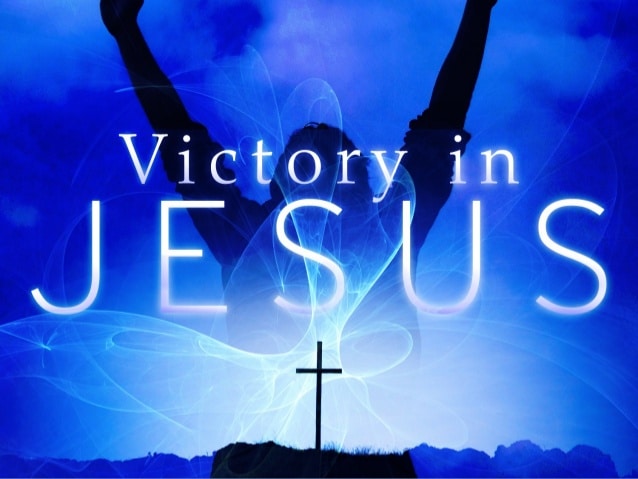 I have completely recovered from my bout with Covid-19 other than I have yet to regain my sense of taste and smell. My wife is also now on the mend. We want to thank everyone for their prayers, phone calls and acts of kindness. Please keep praying for everyone impacted by this pandemic.