Here in South Carolina where I live it has been a hot and steamy summer. Maybe I was longing for relief from the heat, maybe I was anticipating the change of seasons just around the corner or maybe, just maybe the Holy Spirit put this thought in my head. For some reason though, during these dog days of August the memory of a trip that my wife and I took nearly 35 years ago popped into my mind. As I recalled the trip it seemed to offer a great metaphor for the struggle we face in life with sin and the necessity of having Christian friends to help us along the way. I am assuming it was a Holy Spirit prompting so please allow me to reminisce for a moment about an experience on an icy hill long ago.This trip took place around 1978. 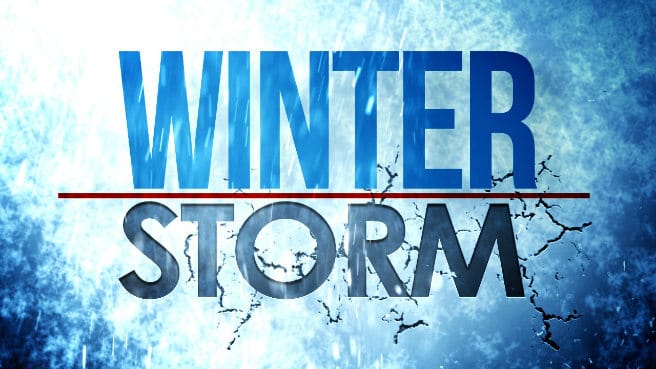 My wife and I were living in Northern Ohio and we were still somewhat newlyweds when we decided to go on a ski trip to Michigan. The forecast was calling for bad weather and we had over a hundred miles to drive. It was a snowy-icy day when we set out on our trip. With youthful exuberance, we were undeterred by the ice and determined to get to the ski slope no matter what. We simply ignored the treacherous weather conditions and set out on our way.The snow plows had kept the interstate roads pretty well maintained. We were now within 10 miles of our destination and we had successfully avoided any accidents along the way. 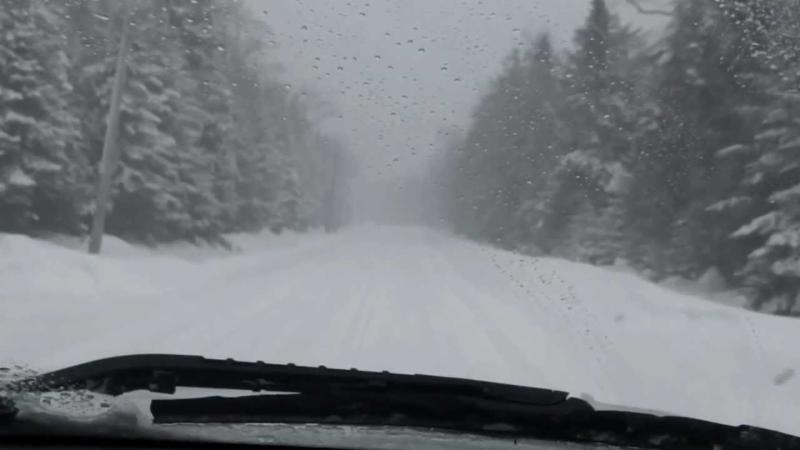 We began to think we had the situation under control. Not long after exiting the highway we came to a right turn. As we made that turn onto this secondary road we were confronted with a slight incline that obscured whatever lay over its crest. The ice was sheeting harder now.Once we crested the hill,we were confronted withpure ice, like the polished ice on an ice rink, smooth, and ultra-slick. We could have thrown the steering wheel out of the car. There was no control. Brakes only made things worse. In a total panic, we sat as the car spun around and slid down the hill making a sudden stop in a ditch at the bottom.We were stuck. The good news is that we were not injured, and other than being stuck, the car was not damaged. The fear of another car coming over the hill and careening out of control and hitting us immediately flooded our thoughts. We had to warn the other drivers; but first we had to somehow get back up the hill. We attempted to do just that, however with our shoes unable to grip the ice our first steps landed us on our butts.

Again and again we would try, and fall. It seemed as if we were making our way up this hill one inch at a time. All the while we were worried about the next out of control driver hopelessly sliding and spinning into our car, or worse yet hitting us as we tried to make it to the top. 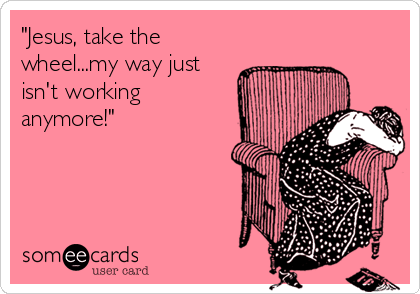 What does this have to do with us and our spiritual journey? Let’s examine the sequence of events.First the forecast of inclement weather as we began our journey was a sure warning sign that it was too dangerous to be out on the roads especially for something as frivolous as a day of skiing. I have found in my own spiritual life there is usually a little voice in my head guiding me to make the right decisions yet I often insist on doing it “my way” rather than God’s way. Have you experienced this?Next we were misguided and naive enough to think we were in control but we were not, nature was. Have you sometimes thought you could wander the slippery path near sin while all along thinking you could maintain control and avoid slipping?We had no idea what lie ahead and out of our view just over the crest of the hill. Do we ever know what tomorrow will have in store for us? I think most of us by now have found that life can take a dramatic turn in the blink of an eye. We fool ourselves into thinking we know what is ahead of us. 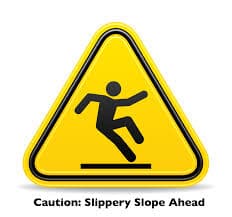 We hit a bad spot and slipped. Haven’t we all hit spiritual slick spots? We found ourselves spinning around and going downhill with no ability to stop. I have found that with sin, once I slip, it becomes easier to slip a second time and soon there is a feeling of being out of control with no ability to stop. St. Augustine, when referring to his younger years of sexual indiscretion said this: “Lust indulged became habit, and habit unresisted became necessity.” Do you have an area of sin that seems totally out of control?We ended up stuck in a ditch. Most of us at some time in our life seem to end up in a spiritual ditch. There are even times when we can believe we have fallen too far from God to get back up. Have you ever felt this way?When we decided that we needed to warn the other drivers, and for our own safety, that we needed to get out of the car, we both instantly slipped in the ditch. It seems to me, that even when we commit ourselves to turn away from sinful habits and start a new spiritual direction we can still yet slip again and end up in that same ditch. 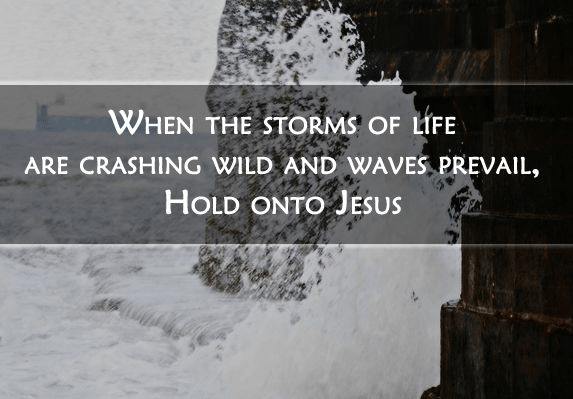 After multiple falls on that ice covered road we looked up to the top of the hill and it seemed like we were on an unachievable icy journey. The destination seemed out of reach. Suddenly we had the idea to walk in the bramble and through the trees, a route that seemed much longer than going straight up the hill but nonetheless it was a route where our footing would be more secure. Following Jesus often seems like a difficult path. What looks like the easy path in life often is not. We had to pull ourselves up the hill holding onto trees. Sometimes we have to hold on to Jesus and to others as strive to make it to safety.We learned from our mistake. This road was not a road anyone should have been on. We tried to get to the top. Then suddenly another car crested the hill and did the same thing we did. By the grace of God it landed in the ditch before it hit our car. We pressed onward to warn other drivers. Then another car and another car came over the hill. Each in its own turn found its separate slippery path towards the bottom. Some were not as fortunate and they ran into each other causing minor damage to their cars but no injuries to the passengers.Now, more determined than ever, we finally made our way to the top. Once there, we were able to warn others of the impending danger. Eventually, with the help of others, we were able to block off the road. This was all before the days of cell phone so we instructed one driver to go and call for the State Patrol. Eventually our efforts were rewarded by saving others from making the same mistake we had made. 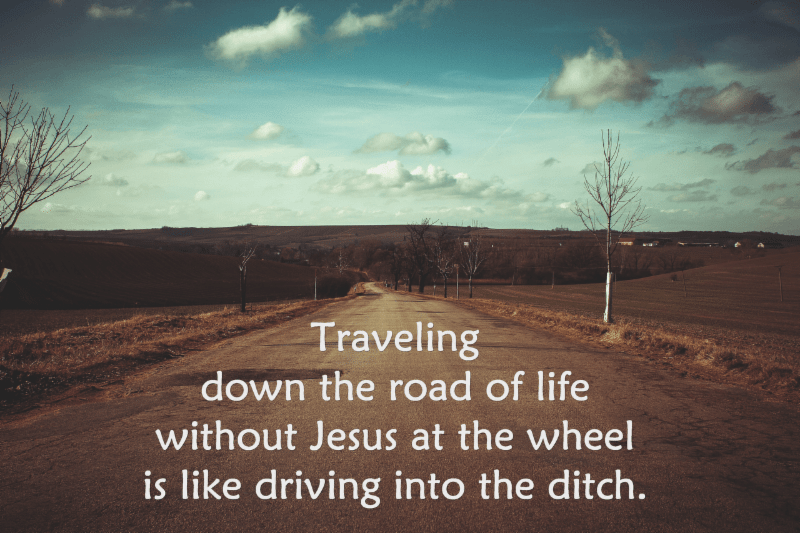 In life, with Jesus at our side and with the help of others, we can find our sure footing and eventually work our way out of the ditch of sin. With hard work and with Jesus at our side and yes sadly and most likely with a few more slips along the way, we can one day make it to Holy Ground . With the spiritual wisdom gained from our own mistakes we can deter others from the same fate. Have you ever drawn from your own mistakes to guide your friends away from the path of sin?We may still be in the hot days of summer but we must always be on high alert when we hear a spiritual forecast for icy and slippery roads of sin. Be on guard today.