Realizing that he was traveling in the wrong direction, the man abruptly made a U-turn. He nervously glanced in his rear-view mirror hoping not to see the flashing blue lights of the police. Seeing none, he continued on his way. Are U-turns legal? It depends on the jurisdiction and the road. The answer could be yes or no. The road to Heaven, however, is one road where U-turns are not only legal, but they are always encouraged. If you have made a U-turn in your life, there is no need to look in your rear-view mirror. Please read more. 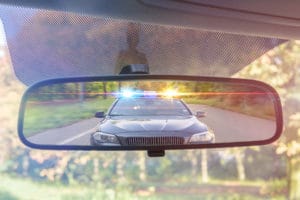 Knowing if it is permissible to make a U-turn can be confusing, As a general rule, U-turns are legal if some or all of the following conditions are present. There are no posted signs prohibiting it, you have a green left turn arrow, you are in the far-left lane, or you are in a residential area with no vehicles approaching you within 200 feet.

Making a U-turn is normally illegal when there is a “No U-Turn” sign posted, when doing so could cause you to be hit by other vehicles, when you are on a one-way street or when you are unable to see 200 feet in each direction because obstacles are blocking your view. These varied and confusing rules leave many drivers worried about making a U-turn. There is an ever-present fear of being ticketed for making an illegal turn. 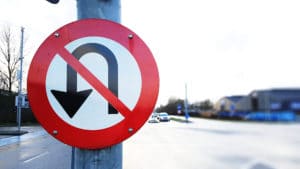 As we travel the road to heaven we often wander off in the wrong direction. Some people go down the wrong road of life for years while others for only a short time, but eventually, everyone needs to make a U-turn in their life.

St. Augustine was someone with a sinful past. He rejected his Christian upbringing to live a life of hedonism. Young Augustine fathered an illegitimate son with his mistress and then abandoned them with hopes of marrying an heiress. He once prayed his now famous prayer, “Grant me chastity, but not just yet!” It was at age 31 when he heard a child’s voice saying, “take up and read,” that he made his U-turn. He randomly read these words from Romans 13: 13–14, “Let us conduct ourselves properly as in the day, not in orgies and drunkenness, not in promiscuity and licentiousness, not in rivalry and jealousy. But put on the Lord Jesus Christ, and make no provision for the desires of the flesh.” He made an abrupt U-turn and went on to become a great theologian and doctor of the Church.

St. Mary of Egypt became a prostitute at age 12 and continued in this profession for 17 years. Her U-turn took place during a pilgrimage to Jerusalem. After her U-turn, she begged for forgiveness and she renounced her sinful life. In time, she became a desert hermit. She fasted, prayed, and lived alone for 47 years. She is now the patron saint against sexual temptation. 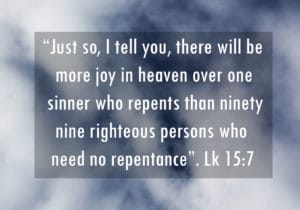 St. Angela was the daughter of a wealthy Italian family. She spent most of her life seeking wealth, material possessions and pleasure. She was more interested in acquiring wealth and status than caring for her family. She made her U-turn around age 40. After her mother, husband and children died she sold her worldly possessions and founded a women’s religious group to serve the poor.

Of course, we all know about St. Paul’s U-turn on the road to Damascus.  As a devout Jew, he persecuted and participated in the killing of Christians. After his U-turn, he went on to become one of the greatest evangelizers in the Christian faith. St. Paul acknowledged his sinful past and he trusted in the Lord for his salvation. 1 Timothy 1:15 states, “This saying is trustworthy and deserves full acceptance: Christ Jesus came into the world to save sinners. Of these I am the foremost.”

St. Augustine once famously said, “There is no saint without a past, no sinner without a future.” Each of the aforementioned saints had a sinful past. All people do. I know I do. It was 10 years ago this month, while on a silent retreat, that God called me to make an abrupt U-turn in my life. Have you made a U-turn in your life? Perhaps He is calling you to do so right now. 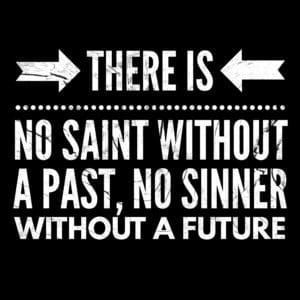 Both John the Baptist and Jesus called people to repent and be changed. In other words, they called everyone to make a U-turn. Repentance requires a consciousness of sin and a determination to change and turn in a new direction. It requires more than just sorrowful contrition. After our U-turn we must become a changed person. We must think and act differently.

There is one more very important thing we must do. After making this perfectly permissible U-turn in life, the one God prompted us to make, we must stop looking nervously in our rear-view mirror fearful that the flashing blue lights of God’s heavenly police force are coming to punish us. We must learn to love ourselves despite our past sinfulness. 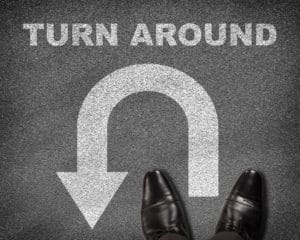 It is easy to be consumed by guilt and grief over our past. It can be hard to face the pain our past sins have caused others and caused God. However, we can’t move forward to become saints if we are fixated on our past. God declared U-turns legal! This is the Good News. Jesus paid the price for our sins. Philippians 3:13-14 offers us these wise words, “Forgetting what lies behind but straining forward to what lies ahead, I continue my pursuit toward the goal, the prize of God’s upward calling, in Christ Jesus.”

Heavenly Father, through my Baptism I have been baptized into the death of Your Son. You have raised me from my past so that I might walk in the newness of life. Take away all of my doubt, blot all my rear-view mirror, for I know that everyone who calls on the name of the Lord will be saved and there is no condemnation for those who are in Christ Jesus. Amen!