Who would you send to hell if you had the power to do so? Most Christians hold strong opinions on who should and who shouldn’t go to hell. Throughout Christian history, theologians have debated the topic of hell. Some contend that it will be nearly empty while others believe it will be full to the brim. Rather than entering directly into that debate, I hope to take us in a slightly different direction with this question. Who do you want to go to hell? Please read more.

It seems to me that Christians are encamped in two separate, distinct, and opposing armies of thought. Both armies are well fortified with their selectively chosen Bible verses to support their position. One group points to Bible verses that suggest that only a few will make it through the narrow gate to Heaven leaving the majority of people destined to suffer eternal damnation in hell.  The other army of thought believes that most, if not all, people will be saved. I have no doubt that you have your opinion on this too.

Before getting to my main point today, allow me to clearly state my beliefs. I believe the Bible is explicitly clear that hell exists! However, I also know that not one single person alive, nor one single church leader, nor the greatest Christian theologians know how many people are in hell. Entering into a debate over who is  or isn’t in hell seems like a fruitless exercise. God alone decides that issue.

Therefore, it is not my intent to debate the existence of hell nor to quibble over who is or isn’t there. My purpose is quite different. I want to focus exclusively on my opening question which was, Who do you want to go to hell? 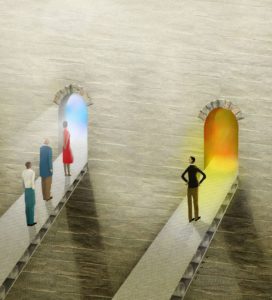 Before you answer that question, allow me to pose one other question that must be answered first. Would you agree with me, that as Christians, we should, in all things, want what God wants?  I hope we are all in agreement on the answer to my second question. I tend to believe, however, that there might be some disparity when it comes to answering my primary question.

Before you answer the primary question, let’s take a look at what the Bible tells us God wants. 1 Timothy 2:3-4 states, “This is good and pleasing to God our savior, who wills everyone to be saved and to come to knowledge of the truth.” 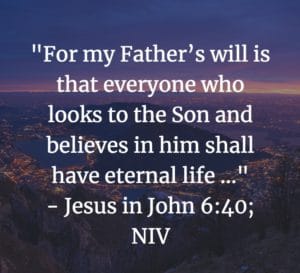 God wills everyone to be saved. That is His desire, and that should be our desire too! Love is willing the good of another. We should not desire to see any person go to hell. We are called to love others, yes, even our enemies. We should hope, desire, and pray, that all will be saved. More importantly we should take action to help bring about the salvation of all people, even those who are different from us and those we dislike the most. 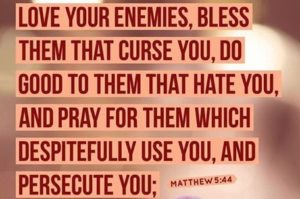 God is hoping that all people will choose to be saved. I am hoping for that too. I cringe at the thought that any human being will suffer eternal damnation and perpetual separation from God.

So, I will close with the provocative question that I started with. Who do you want to go to hell?

Heavenly Father, your mercy and forgiveness exceed my comprehension. I know that you created all people in the hope that they would one day return to be with you in paradise. It must grieve you deeply when some reject your love. I know you are relentless in your pursuit of the lost. Help me to pray ceaselessly for the conversion and salvation of all people. In Jesus name I pray. Amen