The audience was fixated on the one actor who stood alone on the dark stage. The spotlight focused all attention on him. Suddenly, the spotlight moved revealing the presence of a few other actors on stage. When the full stage lights came up, it became apparent that the stage was completely filled with performers. The spotlight purposefully guided the audience to assume that there was only one person on stage. Spotlights can hide the truth. Please read more. 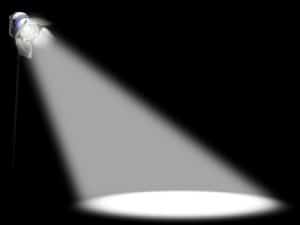 A pastor addressed his congregation with an important homily. He began with this question: “How many of you are sickened and disgusted with the recent news of sexual scandals in the church?” The pastor raised his hand, as did everyone else in church. He then said: “I have a second question that is more difficult than the first.” With that, he asked: “How many of you are equally sickened and disgusted by your own sin.” The church fell quiet. Now, with the spotlight focused on each person in church, they squirmed to hide behind the pew in front of them.

Papyrus flyers filled the town square. Tomorrow, it said, there would be a public stoning of an adulterous woman. You had attended these public stonings before. There was always some weird sense of misguided pleasure as you gathered with your buddies from the temple to teach a lesson to a sinner. After all, this woman had broken the Mosaic Law. She deserved to die. Along the way to the temple you found a sharp, heavy stone. Maybe your stone, when cast, would be the killing stone. To your dismay however, Jesus was there and he spoke up. He said: “Let the one among you who is without sin be the first to throw a stone at her.” (John 8:7) The spotlight had now shifted to you. You walked away sad. 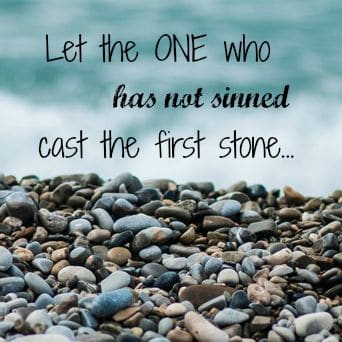 This past week I had the opportunity to listen to many online homilies about the sexual scandal in the news. I heard many homilists declare words like these: “I am stunned, shocked and surprised by the heinous acts of these priests.” I thought to myself: “Really…. you are stunned….you are shocked…..you are surprised…..right….sure you are.” A quick cursory review of the Bible should eliminate any shock factor. God’s chosen leaders have been sinning and falling short since the beginning of human history. Our collective sins are precisely why God sent His son to save us.

The Bible is replete with sexual misconduct of all kinds. Stories of adultery, polygamy, rape, incest, homosexuality, and other sexually deviant behaviors dot the pages of our Bibles. A close inspection reveals that many of these sins were committed by individuals chosen by God to lead His people.

Cover-ups by spiritual leaders should not shock anyone either. They have been going on as long as sexual sins have been committed. King David even killed Uriah, Bathsheba’s husband, after he had had his adulterous encounter with her. Talk about sex and a cover-up, and to think, David was God’s friend.

Lest you think I am insensitive about this entire scandal, I am not. I live it and was harmed by it. No, what I want to do is to draw our attention to just how much we delight in seeing someone else’s sin in the public spotlight. Their sins pull the spotlight away from our sins. 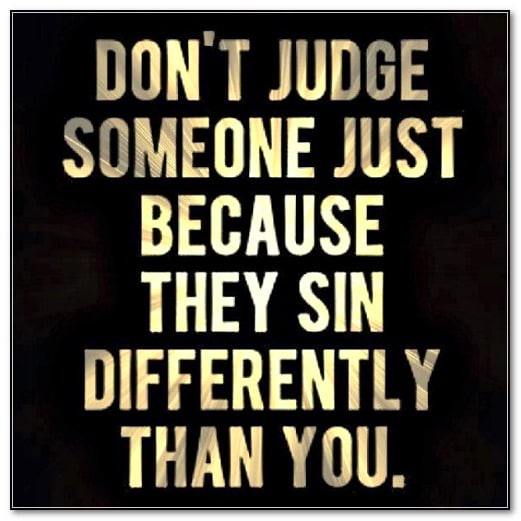 As I stated last week, sexual sin and cover up is not a Catholic only issue. Many high profile ministers have had their own sexual sins in the news. With each fallen minister, Christians once again go in search of the heaviest and sharpest rock to hurl at the public stoning.

Many people with whom I spoke this past week about the sexual scandal in the church, were quick to bring up this passage from Luke 17:2: “It would be better for him if a millstone were put around his neck and he be thrown into the sea than for him to cause one of these little ones to sin.” Each of the people I spoke with failed to mention the very next verse from Luke 17:3 which states: “Be on your guard! If your brother sins, rebuke him; and if he repents, forgive him.”  Yes some of Jesus’ teachings, like forgiveness, are hard to accept. 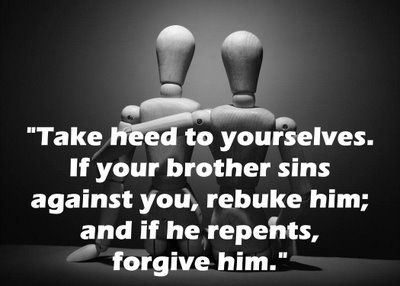 In John 6, during the Bread of Life discourse, Jesus said: “For my flesh is true food, and my blood is true drink. Whoever eats my flesh and drinks my blood remains in me and I in him.” Many Disciples responded by saying: “This saying is hard; who can accept it?” Later we read: “As a result of this, many of his disciples returned to their former way of life and no longer accompanied him.”

When church scandals happen, many people struggle to offer forgiveness. Too often, they respond like the disciples: “This saying is hard; who can accept it?” As a result, just like in John’s Gospel, they walk away from either the church or worse yet, they walk away from God. Both are tragic mistakes.

Before responding to these scandals, what we need to do is to stop for a moment and direct the spotlight to ourselves. We need to shine the light on our own sinfulness. In light of our sins, perhaps we can be more Christian in our response to other’s sins. Then, rather than walking away, we can respond with these words: “Master, to whom shall we go? You have the words of eternal life.”

Jesus is the one true sinless leader.  If we keep the spotlight fixed on Him, He will never let us down.

Heavenly Father, help me to never delight in someone else’s sin, amen! 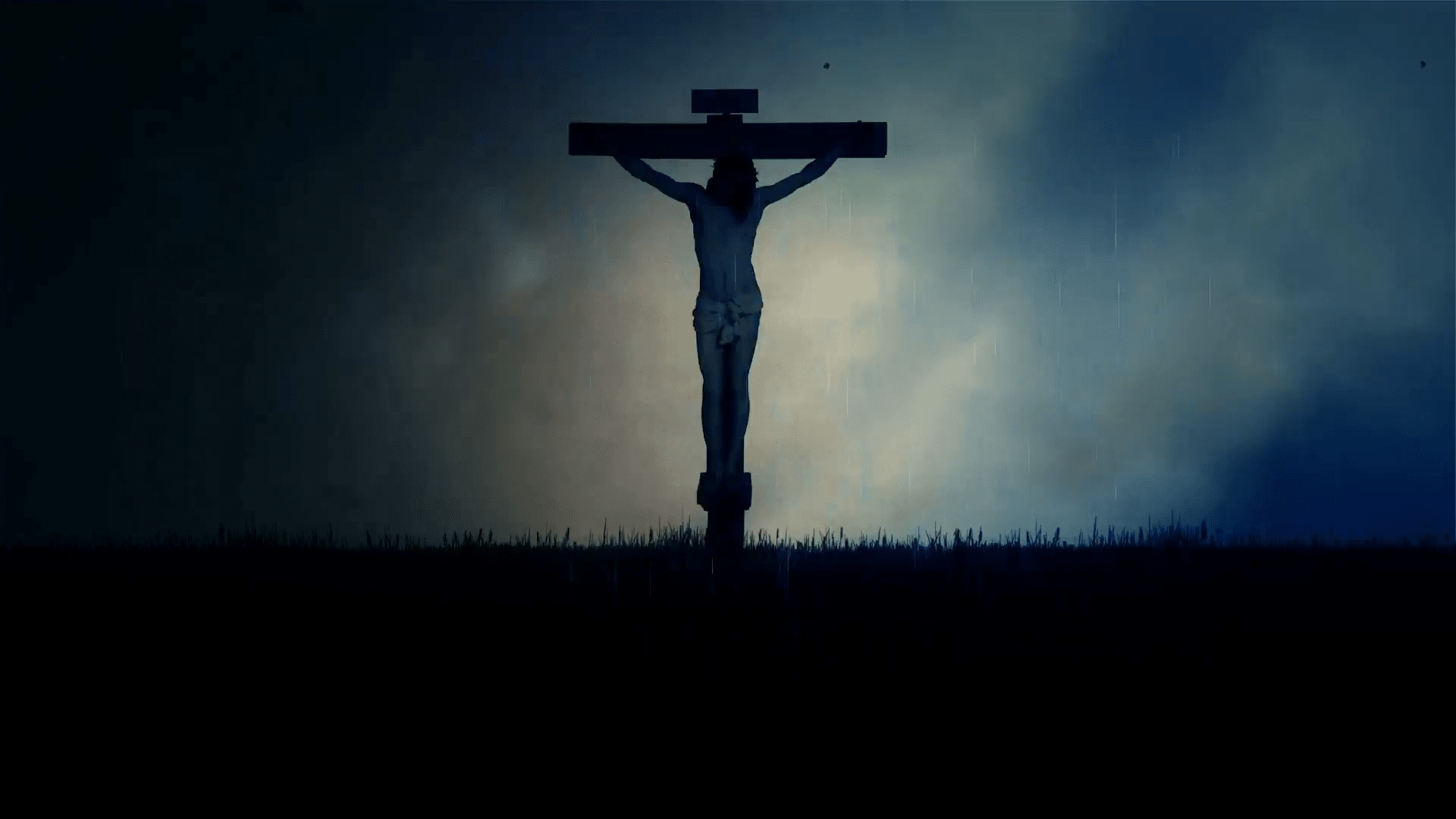 NOTE: Due to insufficient numbers, our pilgrimage to the Holy Land has been canceled.

Latest posts by Brian Pusateri (see all)
← Drop Your StoneHow Much Evil Lurks Within You? →