Throughout human history men and woman with charismatic personalities gathered their followers and disciples for their various causes. Some men were true leaders, some were false prophets. John F. Kennedy, as an example, inspired millions with his vision of getting a man on the moon.  Adolf Hitler on the other hand inspired his followers to pursue the evil cause of attempting to wipe out God’s chosen people with his barbaric actions towards the Jews.

Unfortunately, over the years there have been many spiritual charlatans as well who have spawned false religions. Two strange ones in the last fifty years come to my mind. In 1978 James Warren (Jim) Jones, founder of The People’s Temple, led 918 members of his cult to drink a cyanide laced punch in a mass suicide remembered now as the Jonestown massacre. In 1997, Marshall Applewhite led 39 members of the Heaven’s Gate community to commit suicide as they tried to “beam themselves up” to the passing comet Hale-Bop. 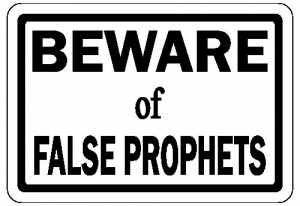 Having false leaders is nothing new. In the time of Jesus there were also false religious leaders. In ACTS 5:34-42 we read about the apostles themselves who were brought before the Jewish leaders to be killed for professing a belief in Jesus Chris, someone who those leaders deemed to be a “false prophet.”

Gamaliel, a teacher of the law and Pharisee in the Sanhedrin gave the members of the Sanhedrin some very sound advice. He told the group the story of a leader named Theudas who developed about 400 devotees, but he said the followers scattered when Theudas was put to death. He also pointed out Judas the Galilean who developed loyal followers only to have them scatter as well when he perished.

But next Gamaliel said something very profound. He said “For if this endeavor or this activity is of human origin, it will destroy itself. But if it comes from God, you will not be able to destroy them; you may even find yourselves fighting against God.”

In the end, the apostles were allowed to leave but only after the Sanhedrin had them flogged and they were ordered not to speak of Jesus. Look at what happened next. We are told the apostles left rejoicing for being found worthy to suffer dishonor for the name of Jesus Christ. 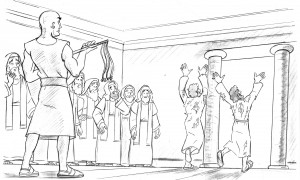 Today, Christianity seems to be under attack by the media, by so called political correctness groups and by some governments who want to remove Christianity from all public discourse.

Gamaliel said “if it comes from God it cannot be destroyed.” He was right you know, however that does not prevent people from trying their best to destroy what comes from God. We know Jesus is the Son of God. We know He was the one sent from the Father to save the world. We also need only open our eyes and ears to see that Christianity is under nonstop attack at every turn by modern societies. The question is, what are we prepared to do about it? 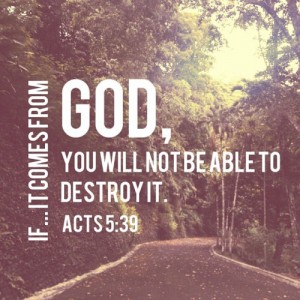 During Jesus’ public ministry many people witnessed great miracles. They saw Jesus heal the sick and raise people from the dead and feed thousands with just a few loaves and fishes. In the end, when their faith was tested, these same people joined in the chorus asking for the release of Barabbas, and calling for Jesus to be crucified. After Jesus rose from the dead, Thomas had to witness the holes in Jesus’s hands and feet to believe. What about you and me? We have the Holy Scriptures and the teachings of the church on which to anchor our belief. In John 6:29 we are told: “This is the work of God, that you believe in the one he sent.”

The apostles were flogged for professing the Gospel of Jesus Christ. What are we willing to endure for professing the Truth. It is too easy to get caught up in the false teachings of relativism. Our current culture wants to tell us that Jesus is just another great leader no different than so many others. Is He, or is He the only one sent from the Father? Will you stand up for Christianity? Will you be found WORTHY TO SUFFER dishonor for the sake of the name Jesus Christ? I encourage you to spend time in prayer asking yourself these questions.

Heavenly Father, help me to be found worthy to be a true disciple of your Son Jesus Christ without regard for any risk I might endure, amen. 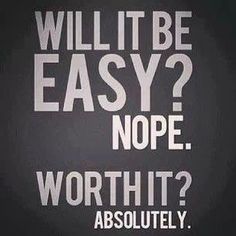 Latest posts by Brian Pusateri (see all)
← The UnveilingSON-RISE →