The dictionary defines the word coincidence this way: a remarkable concurrence of events or circumstances without apparent causal connection. Christians sometimes see their daily encounters not as a coincidence but rather as a God-incidence.

A Godincidence might be defined as: A happy coincidence or outcome that was most likely directed or orchestrated by God. Are all of the circumstances in our life by random chance or does God perhaps sometimes eliminate the uncertainty so as to impact the outcome? The answer is up to each of us to decide.

Read this story and draw your own conclusion. Is it a coincidence or Godincidence? 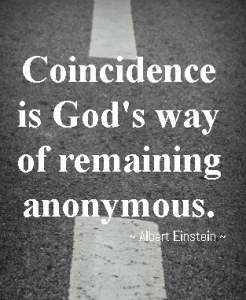 Scott is a husband, father, grandfather and successful businessman. This day however Scott was feeling blue. Although Scott was a strong and committed Christian, he also always carried with him the struggle of the recurring sin in his life. These sins were not serious but the fight to rid himself of these sins often wore him down. He seemed to tire from the battle that God and Satan were waging inside of him.

Scott time and again saw his life played out in Paul’s words from Rom 7:22-24 “For I take delight in the law of God, in my inner self, but I see in my members another principle at war with the law of my mind, taking me captive to the law of sin that dwells in my members. Miserable one that I am! Who will deliver me from this mortal body?”

In addition to the spiritual battle that he experienced, Scott had also been dealt a recent medical set back. His long term prognosis was not good. His illness and the resulting disability had forced him out of his profession. As a consequence Scott’s, “type A” laser focused direction in life had been set adrift. The effect of all of this had allowed some depression to creep into Scott’s normally upbeat life.

The collision of his internal spiritual battle and his physical condition were weighing heavy on him. A perfect storm seemed to be brewing in his life. Fatigued by this storm, Scott was pulling back from some of his church commitments. On this particular morning he had informed his friends in his prayer group that he needed a little time away in hopes of creating space to hear God’s voice more clearly.

Later that day, Scott eased himself into a chair at the medical clinic. It was time once again to receive his monthly treatment. With thoughts still swirling in his head from the discussion with his prayer group, Scott was looking forward to the hour long medical procedure and anticipating his now monthly routine of popping in his ear buds, turning on his iTunes and catching a quick nap. It was not to be this day. 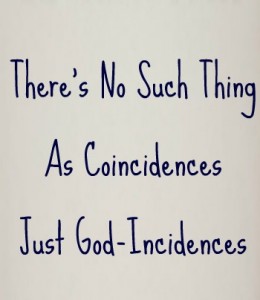 As the cold medicine began to drip into the vein in Scott’s arm, he overheard a conversation between a nurse and the patient sitting next to him. His response to what he heard was about to change his day.

Sitting next to him was a woman near his age. The nurse had just informed this woman that her blood pressure was quite high and she responded by telling the nurse that she had just gone through a difficult divorce. When the conversation between this woman and the nurse ended, Scott felt a tug on his heart to speak to the woman. “It sounds like you are going through a difficult time,” Scott said to her. As she began to speak to this stranger who had reached out to her, tears welled up in her eyes and her voice began to crack. 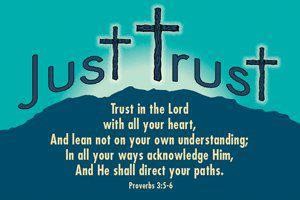 Behind her warm demeanor and beautiful smile she revealed a very deep wound. She began by speaking of her grandchildren and said that looking at their pictures helped to console her pain. She spoke proudly of her adult children. But her tone suddenly changed. She choked up as she spoke of the fear of losing her home because her ex-husband was refusing to make the court ordered payments. Sadly, she also recounted over 20 years of physical abuse. Tears streamed down her cheeks as she spoke.

Scott asked her if she had the support of a church community. She said no, but she said she was searching for a church. Scott asked her if she was receiving professional counseling. Once again she said no. Scott gave her the name of a priest and a counselor and told her to use his name when she called them. At this point in the conversation it dawned on her that she had not yet introduced herself.

“I will keep you in my prayers Sally” Scott replied.

Sally finished her treatment before Scott. Collecting her emotions she began to leave. She stopped abruptly and turned around and asked Scott if she could give him a hug. Scott said “sure.” She then told Scott that he was and angel and that God had sent him to her this day. With that, Sally departed.

When Scott’s treatment was over, he too left. On the ride home he pondered all that had just happened. He realized that Sally was really the one who was the angel. Helping Sally had brightened Scott’s spirit, and in fact it had made his day. That voice of God, that Scott had just hours before told his prayer partners he needed to hear, had just been spoken through this lovely lady.

So which was it for Sally and Scott? Was this a coincidence or a Godincidence? My friends, each day there are examples just like this in all of our lives. Perhaps you think of a friend and decide to call them only to find out they really needed to hear your voice that day. If we don’t have our eyes and hearts open to God, if we don’t seek to see and hear him throughout the day, we most likely will miss him. When these encounters happen we will simply see them as coincidences. 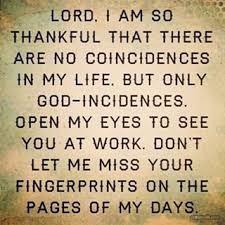 We are reminded this Easter week that Jesus is ALIVE and always with us. If we just try to be open to God, He can reveal Himself in the routine everyday encounters of our life. How many Godincidences have you had in your life? Look for Him. I hope you have one today!

“The LORD came and stood there, calling out as before: Samuel, Samuel! Samuel answered, “Speak, for your servant is listening.”” 1 Samuel 3:10

Latest posts by Brian Pusateri (see all)
← Slow Down, You Move Too FastThe Life-Death Connection →