I grew up knowing that my birthday, March 25th was the Feast of the Annunciation. Last Friday on March 25, 2016, something very special happened that will not happen again until the year 2157. Allow me to share this with you. 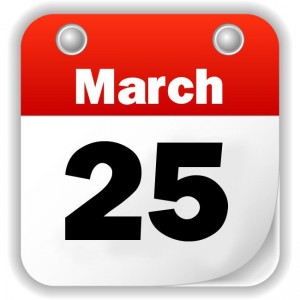 As early as the fourth or fifth century, Christians have had a special place in their hearts for March 25th. From a gestational calendar, this date falls exactly 9 months before December 25th which of course is Christmas Day. Catholics and many other Christian denominations set aside this day as The Feast of the Annunciation.

The Feast of the Annunciation or the Solemnity of the Annunciation commemorates the visit of the angel Gabriel to the Virgin Mary, during which he informed her that she would be the mother of Jesus Christ, the Son of God. It is normally celebrated on March 25th each year.

“And coming to her, he said, “Hail, favored one! The Lord is with you.” But she was greatly troubled at what was said and pondered what sort of greeting this might be. Then the angel said to her, “Do not be afraid, Mary, for you have found favor with God. Behold, you will conceive in your womb and bear a son, and you shall name him Jesus.” Luke 1: 28-31 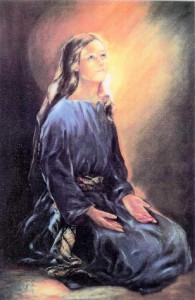 Catholic, Anglican, and Lutheran liturgical calendars move the celebration of The Annunciation when necessary to prevent it from falling during Holy Week or Easter Week or on a Sunday.

March 25, 2016 this year was Good Friday which of course is the day that we as Christians commemorate the crucifixion of Jesus Christ and His death at Calvary. Good Friday won’t fall on March 25th again until 2157.

“And carrying the cross himself he went out to what is called the Place of the Skull, in Hebrew, Golgotha. There they crucified him, and with him two others, one on either side, with Jesus in the middle. Pilate also had an inscription written and put on the cross. It read, “Jesus the Nazorean, the King of the Jews.” John 19:17-19 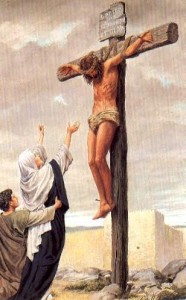 When these two events, the happiness surrounding the announcement of Jesus’ birth, and the sadness surrounding the dark day of His crucifixion, fall on the same day it should cause some degree of consternation for all of us as Christians. Having these two emotionally opposite days fall on March 25th sets up a life-death connection that is worthy of thoughtful contemplation.

I can’t imagine what thoughts Mary must have pondered on Good Friday after the anguish of seeing her son crucified. Did her mind drift back to the happy and wonderful day when Gabriel came to her? Did these two dates collide in her mind causing her to call out to God in prayer? It must have been just about the time that the real loss of her son was truly sinking in that low and behold He rose from the dead. Happiness followed by grief and sorrow, followed just days later her astounding JOY! 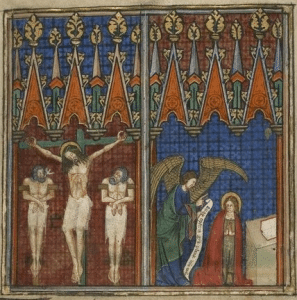 Christians seem to come out of the woodwork to celebrate two of these four days, Christmas and Easter. Take a moment to etch into your heart these other two days and always set them aside as special days. They will not occur together again for 141 years.

“When Simon Peter arrived after him, he went into the tomb and saw the burial cloths there, and the cloth that had covered his head, not with the burial cloths but rolled up in a separate place. Then the other disciple also went in, the one who had arrived at the tomb first, and he saw and believed.” John 20:6-8 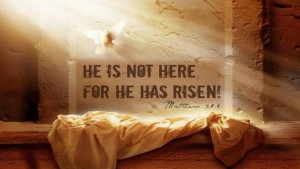 The Life-Death Connection……..something to ponder!

Heavenly Father, thank you for your son Jesus, amen!