When two people are mad and arguing with each other, one or both may spew the hateful words “GO TO HELL”.  There really is no greater curse to wish upon someone. Today, these words appear to only be hateful rhetoric. More and more people are rejecting the existence of hell. Modern, moral relativism tries to convince people that hell is a myth. There will be HELL TO PAY for this false belief. Please read more…… 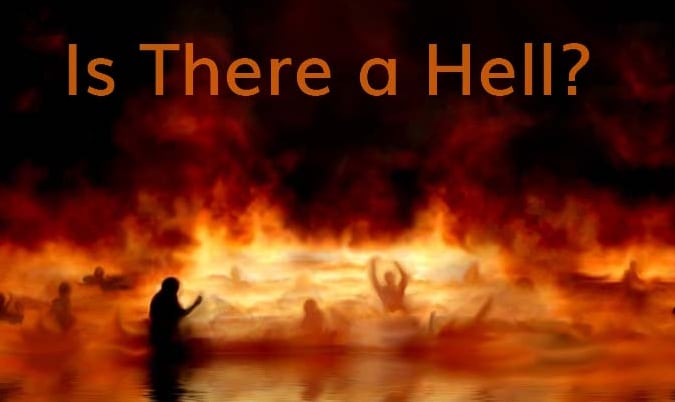 Do you believe in hell? The Pew Research Center conducted a study in 2014. Of the 35,071 adults sampled, only 58%, believed in hell. Digging further into the study, 63% of Catholics, 82% of Evangelical Protestants, 59% of Orthodox Christians and only 27% of unaffiliated Christians believed in hell. These are alarming statistics.

Let’s take a quick look at some of Jesus’ own words:

Mt 13:49-50  “Thus it will be at the end of the age. The angels will go out and separate the wicked from the righteous and throw them into the fiery furnace, where there will be wailing and grinding of teeth.”

Matthew 25:41 “Then he will say to those on his left, ‘Depart from me, you cursed, into the eternal fire prepared for the devil and his angels. 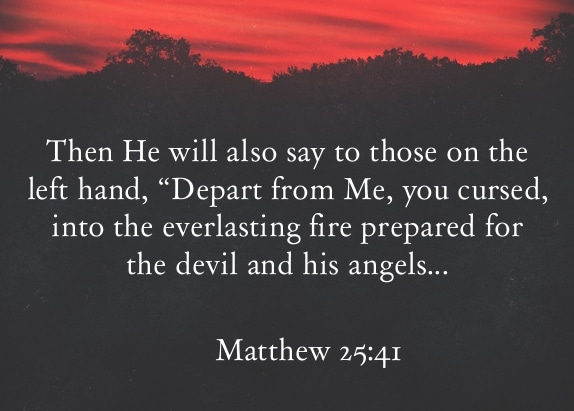 Saint Paul had this to say:

2 Corinthians 5:10  “For we must all appear before the judgment seat of Christ, so that each one may receive recompense, according to what he did in the body, whether good or evil.”

No one wants to end up in hell. It is much easier to assume that everyone will be saved. There is a modern temptation to ignore sin and instead just place all of your trust in God’s mercy. Jesus loves all of us, of that we must be certain, and His death on the cross was for the forgiveness of all sin. But we cannot forget that Jesus also calls us to repent from our sins and follow Him.

Jesus gave us all this ominous warning, “Not everyone who says to me, ‘Lord, Lord,’ will enter the kingdom of heaven, but only the one who does the will of my Father in heaven” (Matthew 7:21). 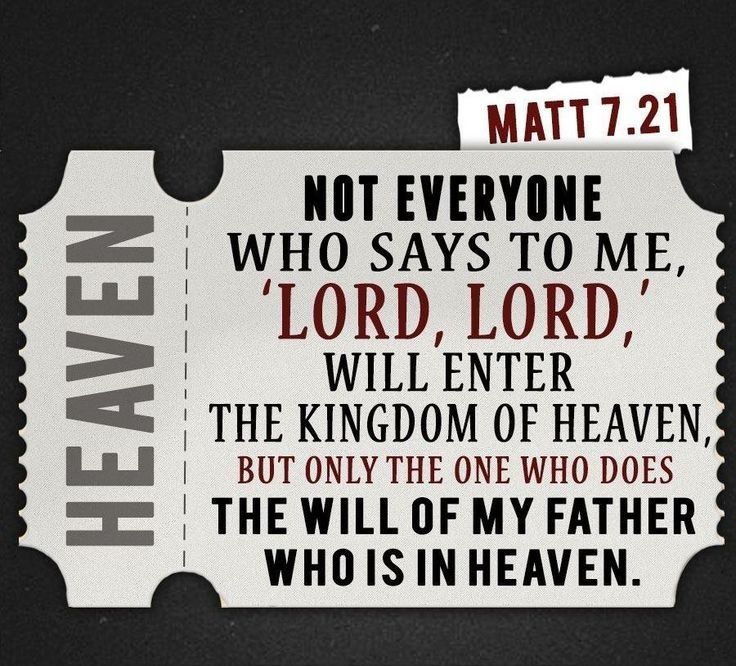 As Christians, we cannot ignore Jesus’ call to repent. He calls us to turn away from our sins. He calls us to die to ourselves. Some Christians seem to lose sight of these commands. Even some modern, so called Christian preachers, ignore the impact of sin and instead preach that everyone will be saved. Jesus addressed this issue when he said, “Beware of false prophets, who come to you in sheep’s clothing, but underneath are ravenous wolves.”

Jesus warned us about the realities of hell. He told us emphatically that we have to repent and be converted. Scripture tells us that God loves a contrite heart. We must willingly seek God’s grace. Every person sins and falls short of the glory of God. Everyone…..no exceptions!

It is true that Jesus paid the price for our sins. It is also true that we cannot earn our way into Heaven. We can, however, through our actions, reject the salvation that Jesus freely made available to us. God cannot force us to love Him. We must freely love Him and freely accept salvation. At our judgement, if we are cast into hell, it will have been our own actions and unbelief that placed us there. 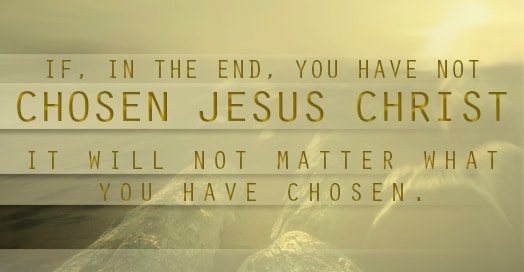 None of us knows the day or the hour of our death. Jesus has given us an urgent call to conversion. We have been called to a conversion of heart. He calls us to reorient our whole life to Him and to turn away from evil and sin.

None of us are predestined for hell. Hell requires a willful turning away from God. Conversion is not easy. It can be painful. Conversion requires God’s grace. If we desire to follow Jesus, God will give us the strength to begin anew.

Hell is real! Let’s live our lives in a fashion that prevents eternal weeping and gnashing of teeth. Let’s cast our eyes upon the one who was pierced for our sins, and beg God to wash us clean with the blood of His Son. 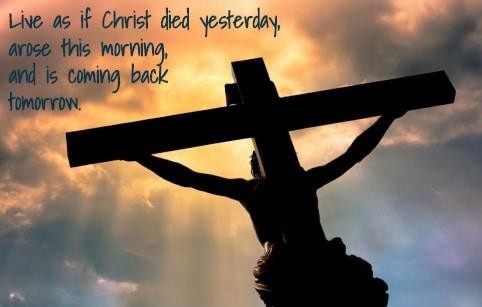 Dear Heavenly Father, I long to be with you forever in Heaven. Give me the strength to follow your commandments, and an unwavering faith in your Son Jesus Christ. Amen!

Latest posts by Brian Pusateri (see all)
← What Is Your Butterfly Effect?The Battle Is The Blessing →